Johnson not sure which Kaizer Chiefs will pitch up against AmaZulu 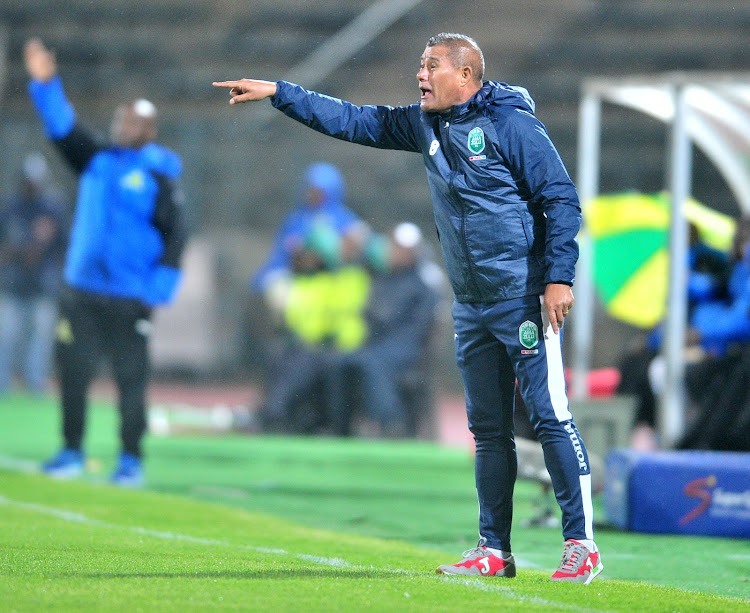 AmaZulu coach Cavin Johnson says he is not sure which Kaizer Chiefs team are going to pitch up at Moses Mabhida Stadium for their Telkom Knockout last-16 encounter on Saturday night.

Last week Chiefs beat Mamelodi Sundowns 2-1 and played to a goalless draw with Orlando Pirates in the Soweto derby where coach Steve Komphela experimented with a cautious tactical approach before declaring that future changes will depend on circumstances.

Usuthu go into this match against Chiefs after they managed a morale-boosting 2-1 win over Sundowns in the league away from home on Saturday with veteran strikers Siyabonga Nomvethe and Mabhuti Khenyeza scoring late goals.

“It is going to be a tough game for us because Chiefs are playing good football at the moment. What I have noticed about them is that they play one way in the first half and the other way in the second half‚ like they did in the derby‚” Johnson said.

“I don’t know which system they are going to use against us but they will probably do the same.”

Johnson said he was pleased that the match would be played at the iconic Moses Mabhida Stadium‚ where a big crowd and exciting atmosphere are expected.

“We know that Chiefs have a good following in Durban. We must do our homework and hopefully we will be able to put out another good performance.

“The other plus for us is that we have a little bit of time to make sure that we recover adequately and prepare as best as we can for the Chiefs match.”

In strikers Nomvethe and Khenyeza‚ Johnson has vastly experienced campaigners whom he said will add value to the AmaZulu attack throughout the season as they go about their mission of making an impression on their return to the paid ranks.

“They add a lot of experience on the field to help the younger players who are coming through the ranks and they are also valuable to us off the pitch‚ and for that we are very grateful.

“You can see‚ with their performance against Sundowns where they each scored one goal‚ what they bring to this team and the younger players must learn as much as possible from them‚” AmaZulu’s coach said said adding that Usuthu’s journey this season is not going to be an easy one.

“It is difficult for a team that has just come up. We are trying to build the brand again and every game we play is not easy because a lot of players have not played in the PSL before.

“Sometimes you play some of them and they show good signs and you play them again and they go back to making silly mistakes.

“But‚ that’s football and we play to better the team and hopefully we will get it right.”

SuperSport United chairman Khulu Sibiya has described what his coach Eric Tinkler and players achieved in Tunisia this weekend as an overwhelming ...
Sport
4 years ago

The Telkom Knockout gets under way this weekend‚ providing some coaches with a welcome opportunity to shoot for silverware‚ but potentially piling ...
Sport
4 years ago

Benni McCarthy will hold individual meetings with his senior players this week – some of whom‚ he has said‚ “need a slap or two” – to get to the ...
Sport
4 years ago

Arsenal manager Arsene Wenger is relishing the "luxury" of the multiple attacking options he hopes will enable the club to compete across all ...
Sport
4 years ago