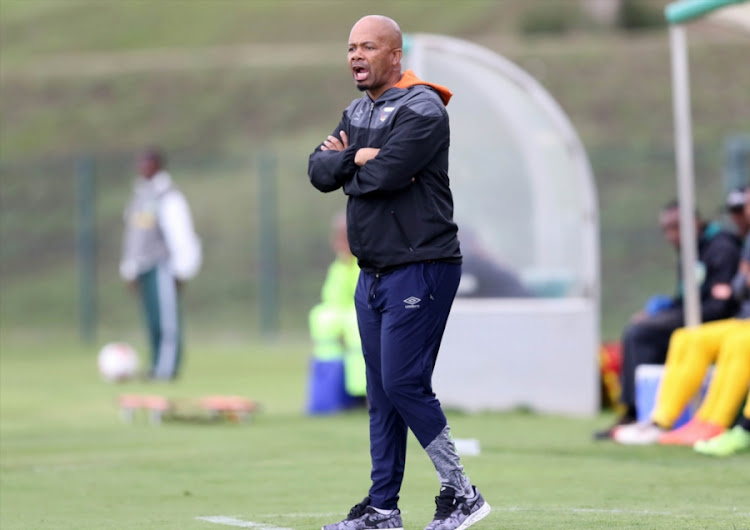 Teboho Moloi headed home for a few days’ break in Johannesburg after finally breaking his duck as new coach of Chippa United but faces his toughest test to date this weekend in the Telkom Knockout.

The caretaker boss drew his first five matches in charge of the Eastern Cape club but a come-from-behind win over Cape Town City on Sunday means Chippa can now look forward to their Telkom Knockout cup tie at home to Mamelodi Sundowns on Sunday in Mdantsane with confidence.

Moloi was delighted with the 2-1 victory over Benni McCarthy’s team.

“It’s more than a relief‚ at least I’m able to sleep properly now. I just wanted to sleep on Monday and then start the planning for the most important game – Sundowns.

"I haven’t been sleeping properly for the last four weeks‚” he said.

Chippa’s victory came after Moloi threw the tactics out the window and encouraged the players to use their individual talent.

“The players are afraid sometimes to go beyond their roles and their understanding of their position in the field of play so sometimes you need to bring some individual brilliance on top of the tactics we want to apply in the game.

“I told them at half time that sometimes playing with a super system doesn’t work. I said: ‘In the field there are 11 of us and 11 of them‚ so let’s go one-on-one. If your opponent beats you and goes and scores we’ll understand‚ but lets go and do something whereby we show we understand what our role and our position is’.

“I said throw the system out of the window and play the way we play in the township.

"That is what turned it around. When we went one-on-one it all turned in our favour‚” Moloi explained.

Oscarine Masuluke might have missed out to Olivier Giroud for Fifa’s Puskas Award for the best goal scored in the world in the past year‚ but he ...
Sport
4 years ago

Stanley Menzo says his Ajax Cape Town side played its best football of the season in the first half of its 2-1 home win over Bloemfontein Celtic on ...
Sport
4 years ago

Chiefs come out of shell

After being beset by problems, Amakhosi are regaining their self-belief
Sport
4 years ago