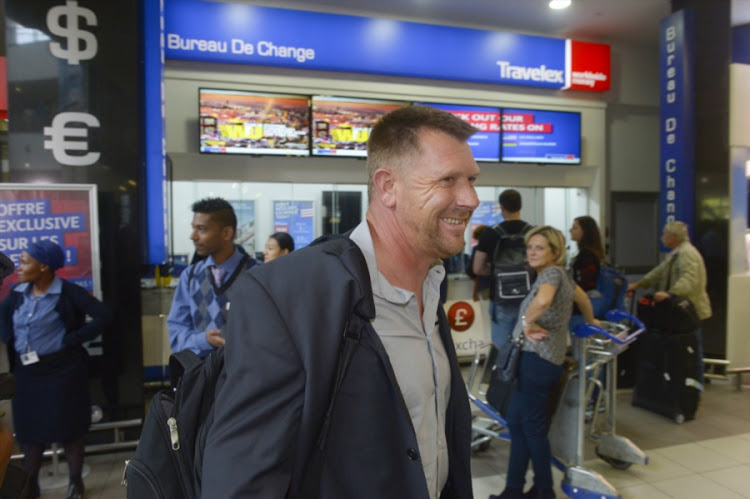 SuperSport United coach Eric Tinkler is hoping for highly experienced referees with no fear during the two-legged Caf Confederations Cup final against TP Mazembe next month.

United travel to the home of the Confederations Cup defending champions and former Caf Champions League winners in Lubumbashi on the weekend of November 17 to 19 and host them in the second leg at Lucas Moripe Stadium the following weekend.

Tinkler‚ who was in charge of Orlando Pirates two years ago when they were beaten 2-1 on aggregate by Etoile du Sahel in the final of this competition‚ said he remembers what happened in Lubumbashi when he was there with the Buccaneers.

“You need a very good and experienced referee‚ especially against a team like TP Mazembe‚ because I know what happened there the last time when I was with Pirates‚” Tinkler said.

“You need a referee who has no fear and that is very‚ very important because going to Mazembe you have heard stories in the past‚ and we hope that those things don’t happen this year.”

Tinkler was speaking at OR Tambo airport on Tuesday afternoon shortly after United arrived from Tunisia‚ where they beat Club Africain 3-1 in the second leg of the Confed semifinal in Rades on Sunday night and 4-2 on aggregate‚ after a 1-1 home draw.

The coach said that part of his job in the build-up to the final is to have his players remain fully focused on what is controllable in terms of preparations and on the pitch during the match‚ and not to worry too much about match officials.

“For the players‚ they must just focus on the field because there are certain things you can’t control between those four lines‚” he said.

“As a collective we have to give our best with regards to our preparations and on the field and don’t be affected by a bad decision here and there.”

United will travel to Lubumbashi in the first leg without key defender Morgan Gould and veteran creative midfielder Reneilwe Letsholonyane‚ who are suspended for the clash‚ and Tinkler will have to find able replacements for them.

“‘Yeye’ [Letsholonyane] and Morgan unfortunately are suspended but I thought Tefu Mashamaite was exceptional when he came on because he showed great composure at a stage when we needed it‚ and I have no fear with him coming in as a replacement for Morgan‚” the coach said.

“In the midfield‚ it is going to be difficult to replace Yeye because we don’t really have another one who is like him because of his experience and his creativity. Sipho Mbule is probably the closest that we have to Yeye.”

Benni McCarthy will hold individual meetings with his senior players this week – some of whom‚ he has said‚ “need a slap or two” – to get to the ...
Sport
3 years ago

Arsenal manager Arsene Wenger is relishing the "luxury" of the multiple attacking options he hopes will enable the club to compete across all ...
Sport
3 years ago

Teboho Moloi headed home for a few days’ break in Johannesburg after finally breaking his duck as new coach of Chippa United but faces his toughest ...
Sport
3 years ago