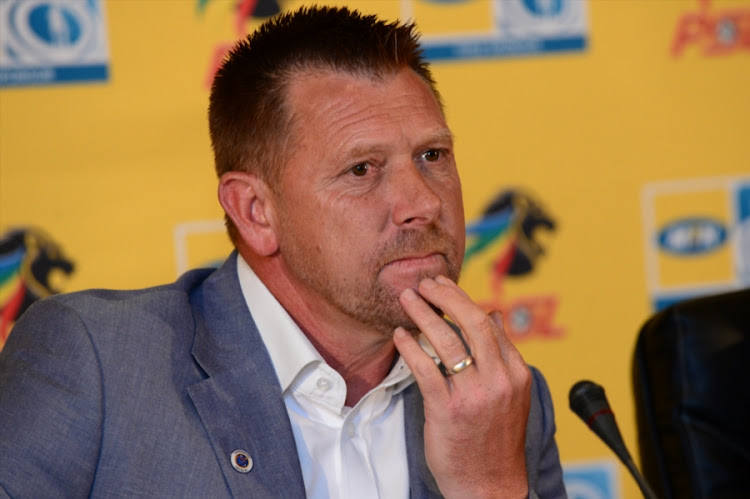 Coach Eric Tinkler, said part of his job was to have his players focused on preparation and not to worry too much about match officials.
Image: Lee Warren/Gallo Images

United travel to the home of the defending champions and former CAF Champions League winners in Lubumbashi on the weekend of November 17 -19 and host them in the second leg at Lucas Moripe Stadium the following weekend.

Tinkler, who was in charge of Orlando Pirates two years ago when they were beaten 2-1 on aggregate by Etoile du Sahel in the final of this competition, recalled what happened in Lubumbashi when he was there with Pirates.

"You need a good and experienced referee, especially against a team like TP Mazembe, because I know what happened the last time when I was with Pirates," Tinkler said.

"You need a referee who has no fear and that is important because going to Mazembe you have heard stories in the past, and we hope that those things don't happen this year."

Tinkler was speaking on Tuesday shortly after United arrived from Tunisia, where they beat Club Africain 3-1 in the second leg of the semifinal in Rades.

The coach said part of his job was to have his players focused on preparation and not to worry too much about match officials.

"For the players, they must just focus on the field because there are certain things you can't control," he said.

"We have to give our best with regard to our preparations and on the field, and don't be affected by a bad decision here and there."

United will travel without key defender Morgan Gould and veteran midfielder Reneilwe Letsholonyane, who are suspended.

Tinkler will have to find replacements.

" 'Yeye' (Letsholonyane) and Morgan are suspended but I thought Tefu Mashamaite was exceptional when he came on because he showed great composure when we needed it, and I have no fear with him coming in as a replacement for Morgan," the coach said.

"In the midfield, it is going to be difficult to replace 'Yeye' because we don't really have another one like him. Sipho Mbule is probably the closest that we have to him."