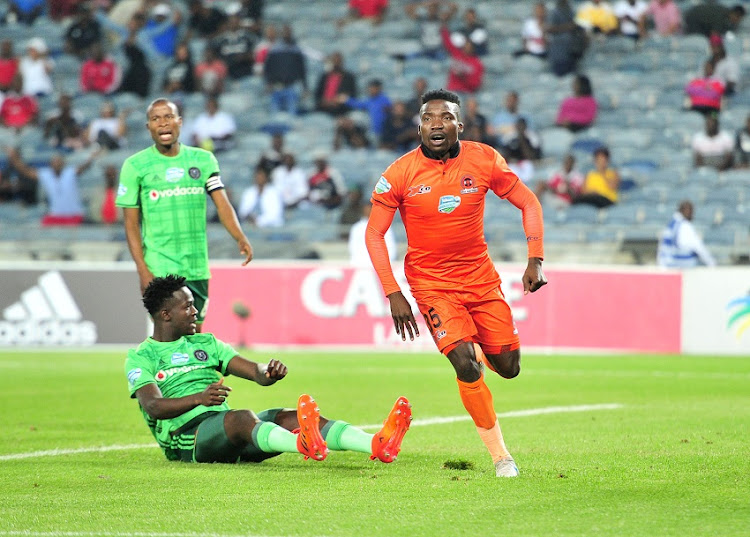 Polokwane City had to dig deep to beat Orlando Pirates 4-2 in penalty shoot out in a Telkom Knockout quarter-final match that had no shortage of drama and goals at Orlando Stadium.

Both teams had come to this encounter looking to improve their poor record in this tournament.

While Pirates have played in eight of the previous 35 finals since the inception of this competition, they only had success once when they defeated Wits 3-1 in the 2011 edition. And their struggle continued on the night.

Polokwane's record is no better either. The Limpopo club started this match still technically searching for their first victory in the tourney with all four of their previous participation ending in first round exit.

Their passage to the last eight in this year's competition was also secured through penalties after playing a 0-0 draw with Ajax Cape Town.

Celtic march into TKO semis with win over Platinum Stars

In all honesty, this was not an exciting football match but Bloemfontein Celtic coach Veselin Jelusic will not be bothered too much as his side came ...
Sport
4 years ago

With Pirates coach Milutin Sredojevic and his Polokwane counterpart Bernard Molekwa employing an attacking 4-4-2 formation, the game was flowing from end to end in both 90 and 30 minutes of extra-time.

It was City, though, who took their first chance inside the first two minutes.

Polokwane's veteran striker Rodney Ramagalela proved to be a menace in Pirates defence, with Marc van Heerden particularly having a torrid time trying to stop him.

Ramagalela's incisive cross after skinning Van Heerden and drawing Wayne Sandilands out of his goal, found his striking partner Rendani Ndou and headed in the opening goal.

To their credit, Pirates refused to sit back and absorb all the pressure imposed by Polokwane.

The Buccaneers launched attacks of their own and were duly rewarded in the 13th minute when the final ball - a cheeky chip from Gabuza after a brilliant build up - reached defender Ntsikelelo Nyauza unmarked and beat Polokwane goal minder George Chigova with a low shot.

Polokwane regained their lead in the 41st minute when Ndou completed his brace with a powerful low shot after getting another delightful pass from the irrepressible Ramagalela.

This match had all the drama in the first 45 minutes which an astonishing had eight minutes added. This was due to Chigova needing more than five minute of treatment after an injury he sustained while fouling Gabuza in a clash that resulted in referee Victor Gomes rewarding Bucs a penalty in the 33rd.

From the resultant penalty kick Mpho Makola failed to beat the Zimbabwean-born Polokwane goalie who further injured himself while making that save.

Eventually Chigova had to let go of his gloves his place taken by his number two Harold Ndlovu, who could do nothing to stop Makola redeeming himself with a headed goal after getting a sweet cross from Gabuza in the second minute of referee's stoppage time in the first half.

Despite Sandilands's horrific howlers in a midweek 3-1 league defeat to Mamelodi Sundowns, Sredojevic kept faith in him.