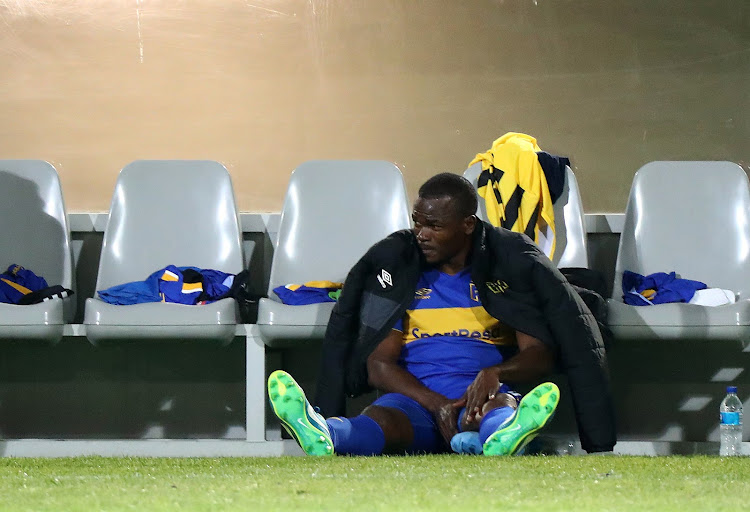 Cape Town City striker Victor Obinna is in a race against time to be fit for his side’s top-of-the-table Absa Premiership clash at home to Baroka FC on November 22.

The Nigeria international was stretchered off in the 1-0 win over Free State Stars a week ago after injuring his hamstring as he stretched to try and win a loose ball.

A scan has revealed that he faces around three weeks on the sidelines‚ which means he might just make the crucial clash with Baroka.

“It’s frustrating when you see someone work so hard and put in massive effort to be there‚" City coach Benni McCarthy said.

"Then something silly where he sprinted off and felt it [the hamstring]‚ then felt it again later.”

With Lehlohonolo Majoro having seemingly fallen out of favour after some high-profile recent misses‚ and Judas Moseamedi seen as an impact player off the bench‚ Obinna’s importance to this City side has been enhanced in recent weeks.

Meanwhile‚ McCarthy has revealed that Aubrey Ngoma could finally play his first minutes of the campaign against Baroka after a number of aborted comebacks from a knee injury sustained while on national team duty in June.

“Aubrey is upbeat‚ he and I had a conversation where he said to me‚ 'I’m in the mood coach‚ I’m hungry’ and that’s what I wanted to hear.'

“When we come back from the break‚ don’t be shocked if you see Aubrey in the mix.

"He is looking good and has his hunger back.

"It will be a fantastic boost for the club‚ it’s like signing a new player!”

Ngoma was one of the stars of City’s run to third place in the league last season and their victory in the Telkom Knockout.

His return will add pace out wide‚ assists and goals.

Ngoma was involved in 25 City goals last campaign in 33 starts‚ with eight strikes himself and a further 17 assists‚ more than any other player in the league.

“Tyson”‚ who has returned to the squad after missing the 3-1 win against Burkina Faso last month due to injury‚ is not fazed by the fact that Bafana ...
Sport
4 years ago