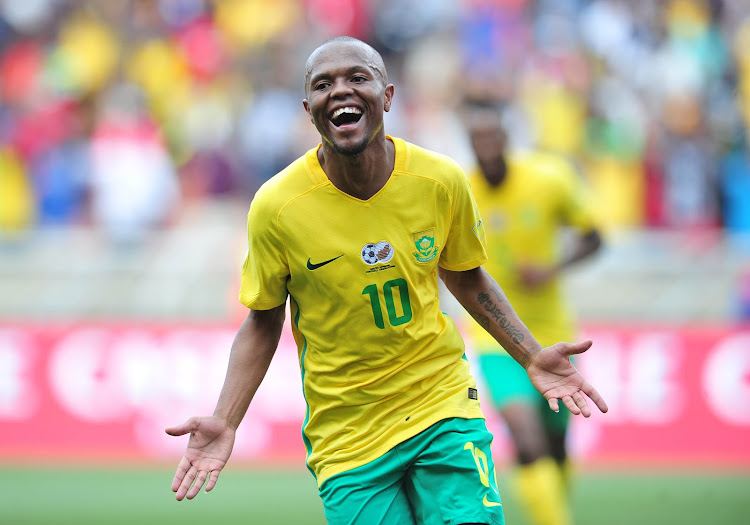 Thulani Serero has asked to be excused from Friday's 2018 World Cup qualifier against Senegal at Peter Mokaba Stadium if he is not guaranteed of playing.

The midfielder is one of a few overseas-based players who have not arrived due to their flights being cancelled or delayed.

The others are Lebogang Manyama‚ Andile Jali and Keagan Dolly‚ but with regards to Serero there’s more to the story as Baxter explained.

“Thulani gave an indication to Barney Kujane (the team manager) that if he’s not gonna play‚ he doesn’t really wanna come to camp‚” Bafana coach Stuart Baxter revealed on Tuesday.

“So because this is a national team and not a club team‚ you can’t guarantee people places.”

Baxter said Serero can stay where he is in the Netherlands where he plays for Vitesse‚ because no-one is guaranteed a place.

“Whether that’s permanent‚ I don’t know... we have asked him to put that in writing so that we know for sure.

“Maybe it’s a shame for his teammates who are working very hard to beat Senegal‚ so we want as little distractions as possible‚” Baxter continued.

This follows Tokelo Rantie’s revelation recently that he wanted to be excused from the national team after he was dropped from the squad that beat Burkina Faso last month.

Rantie‚ who’s based in Turkey‚ was apparently disappointed to be dropped and asked that he not be called up for the Senegal match.

Baxter hinted that he’s unlikely to call up again players who behave in this manner.

“Serero has given clear indication that he won’t be in this camp and what implications this has for his future in Bafana you can guess yourself.

"But I don’t think anybody is too impressed with a player that is selected and didn’t think it’s worth coming‚” Baxter added.

Bafana Bafana goalkeeper Itumeleng Khune has asked to play with a mask against Senegal at Peter Mokaba Stadium in Polokwane on Friday night.
Sport
4 years ago

Bafana Bafana midfielder Siphiwe Tshabalala has arrived in camp but the bad news is that he’s carrying an injury.
Sport
4 years ago