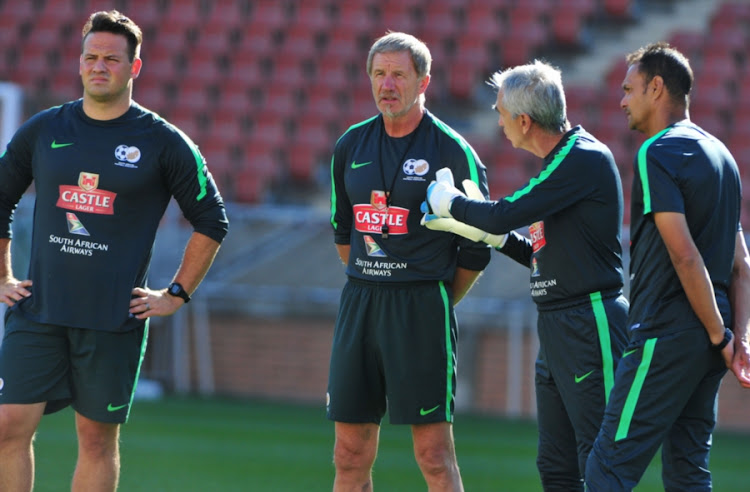 Disappointment may have fallen on the nation like a suffocating blanket after Bafana Bafana’s failure to qualify for 2018 World Cup but beleaguered coach Stuart Baxter believes that there’s still something to salvage from the away dead rubber against tormentors Senegal on Tuesday night.

Baxter and his charges are desperately seeking redemption in Dakar after the clinical Senegalese extinguished SA’s hopes of qualifying for the global showpiece in a 2-0 win at the Peter Mokaba Stadium in Polokwane on Friday night.

The West Africans qualified for the Russia tournament after beating the ailing South Africans on Friday and Baxter will hope that the hosts are still floating on a cloud of contentment‚ and preferably in a less threatening mood than they were in Polokwane.

‘‘It’s important to (win the dead rubber) on many levels‚ it is important because to take a scalp like Senegal away from home would be like the Nigeria game‚” the Briton said in reference to the historic 2-0 win over the Super Eagles in a 2019 African Nations up qualifier away from home in Uyo in June.

‘‘It creates such a good platform to move forward and of course in terms of prestige it is a big game.

‘‘It is also big for the players to throw down a marker and say ’I wanna be involved in the national team. Look at me‚ don’t look at anywhere else’."

Suffocating despondency has welled up inside since the defeat to Senegal and while the game itself is nothing more than an academic obligation‚ Baxter is well aware that another defeat to the Senegalese in the space of a few days would put his regime under considerable scrutiny.

The Briton is already under pressure as Bafana have not qualified for a Soccer World Cup since Carlos Queiroz managed the feat 15 years ago.

Baxter has managed to win only one World Cup qualifier — Bafana beat Burkina Faso 3-1 in Johannesburg last month — and the defeats to Cape Verde (twice) and to Senegal came a considerable cost.

They remain rooted to the bottom of the Group D table and Baxter hopes that a win in Dakar will be enough to secure a second-place finish behind the Senegalese.

‘‘So‚ and of course it is also important because as a group you also want to finish the highest possible position and no one knows what that position will be‚ he said.

‘‘So let’s make a big push to try and achieve that.”

Bafana Bafana could bring up an unwanted milestone in their dead-rubber World Cup qualifier against Senegal in Dakar on Tuesday as they face a 100th ...
Sport
3 years ago

Moments where the national team lost their way to Russia

These are the four key moments where the national team lost their way.
Sport
3 years ago