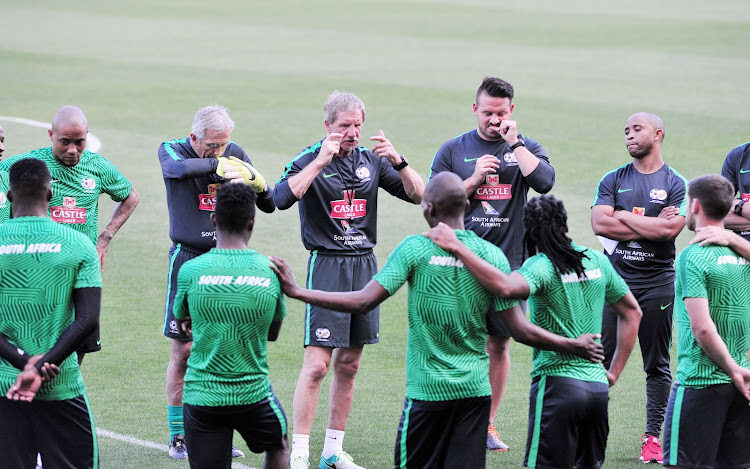 Bafana Bafana could bring up an unwanted milestone in their dead-rubber World Cup qualifier against Senegal in Dakar on Tuesday as they face a 100th defeat in international football since readmission.

Friday’s loss in Polokwane to the same opposition‚ which ended hopes of reaching Russia 2018‚ was their 99th defeat of the last 25 years and the goal now will be to stave off three figures for as long as possible.

Coincidentally‚ the side has played 182 games in front of their own fans and before Tuesday‚ 182 away as well.

Only 35 of those defeats have come at home‚ while 64 have been on the road.

The country’s first loss was a 1-0 defeat at the hands of Cameroon in July 1992‚ while their 50th came against Germany in a 4-2 defeat under coach Stuart Baxter in his first spell in charge.

Remarkably‚ that was international number 182‚ meaning it could take them another 183 games to bring up their next 50 if they lose in Dakar – providing some consistency many have been calling for in the national team!

Times might be tough right now‚ but the country’s worst run of defeats was six in a row under former coach Joel Santana in 2009‚ which precipitated the return of Carlos Alberto Parreira to the helm months later.

Santana is also the Bafana Bafana coach with the most defeats‚ 14‚ with Clive Barker and Baxter both on 12.

The biggest defeat for the country was the 5-0 home loss to Brazil in March 2014.

Self-centredness. Uncomfortable when not the centre of attention. Constantly seeking reassurance or approval. It is called histrionic personality ...
Sport
3 years ago