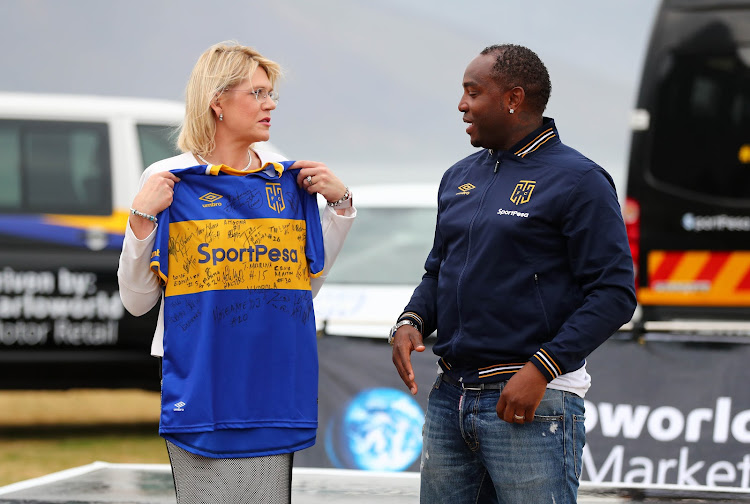 Benni McCarthy celebrated his 40th birthday on Sunday as the Cape Town City coach and greatest South African goal-scorer reached another milestone and had the world of Twitter buzzing.

McCarthy received well-wishes from across the planet‚ including the Spanish LaLiga‚ where he was a player for Celta Vigo‚ FIFA‚ his former national teammate Pierre Issa and South African Twitter‚ which was teeming with well-wishers.

It is a sign of not only his popularity‚ but also his status as South Africa’s most influential footballing export.

McCarthy responded by posting a picture of his daughter with Scottish model Stacey Munro‚ Lima Rose‚ and the message: “Thank-you very‚ very much to every single one for all the birthday wishes‚ I’m truly humble and grateful. God bless you all.”

McCarthy is an iconic figure in Europe for his role in helping FC Porto to the UEFA Champions League under coach Jose Mourinho in 2004‚ but also his time in the English Premiership‚ most notably at Blackburn Rovers.

🗣🎙 "It's just magical from Benni McCarthy!"

The striker stepped off the bench to sink Arsenal in the 2006-07 FA Cup... pic.twitter.com/MQ22xuFQHL

One of his current Cape Town City players‚ Austrian midfielder Roland Putsche‚ admitted to TimesLIVE that the only South African player he had heard of before coming to the country was McCarthy.

He also famously released the song ‘Shibobo’ with TKZee in 1998.

McCarthy was able to enjoy the weekend off with his City side not in action again until a home meeting with Baroka FC on November 21‚ when they could go top of the Premier League table with a victory.

Self-centredness. Uncomfortable when not the centre of attention. Constantly seeking reassurance or approval. It is called histrionic personality ...
Sport
3 years ago

Bafana Bafana paid for not being able to get onto the front foot early in their 2-0 defeat against Senegal on Friday night that ended their chances ...
Sport
3 years ago