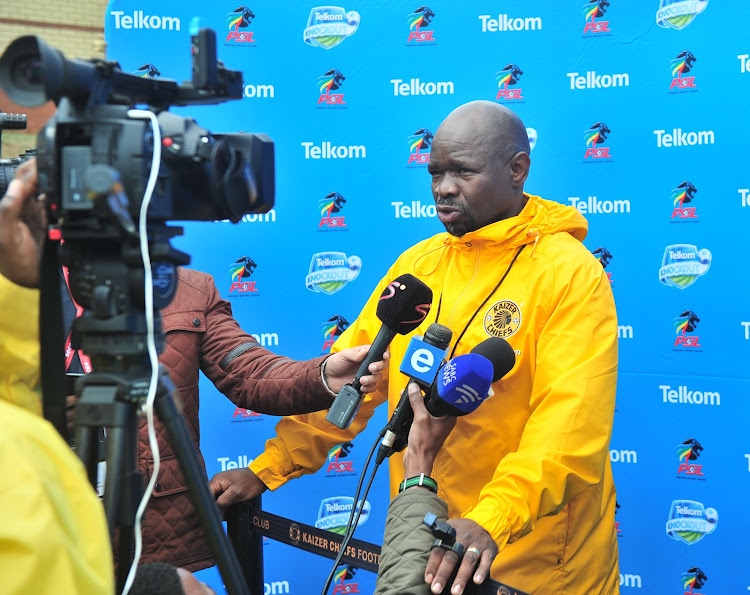 Kaizer Chiefs' head coach Steve Komphela speaking to the media at the club's headquarters in Naturena, south of Johannesburg, ahead of their Telkom Knockout semifinal match away at Bidvest Wits on Saturday 18 November 2017.
Image: Samuel Shivambu/BackpagePix

Kaizer Chiefs coach Steve Komphela has said that a first career trophy in the form of the Telkom Knockout will be part of a “process” that he will not take exclusive credit for.

Conversely‚ the coach said‚ if Amakhosi fail to win he will take the fall for it.

Komphela is just two matches from a first career trophy‚ which must seem a prospect so close yet still so far ahead of Saturday’s semifinal against Bidvest Wits at Bidvest Stadium.

Chiefs’ coach was asked if winning that elusive first trophy could be career-changing.

“I don’t know. I’m a man of process. And honestly even with the outcome that was favourable I would still assume that it belongs to the process and not myself‚” he replied.

“Maybe‚ again‚ owning up as part of leadership‚ if it doesn’t come through as favourable then stand up and own up and face the music.

Komphela‚ now in his third season at Chiefs‚ has reached two cup finals with Amakhosi‚ both in his first campaign.