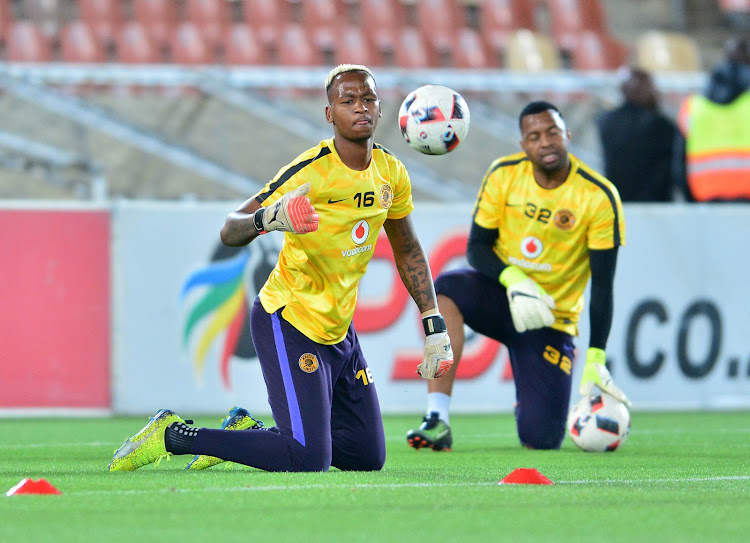 Brilliant Khuzwayo is ready to play should Itumeleng Khune arrive back from Bafana Bafana duty not in shape to be fielded for Kaizer Chiefs in their Telkom Knockout semifinal against Bidvest Wits on Saturday‚ says Amakhosi coach Steve Komphela.

Komphela faces an anxious wait to establish the condition of his three key players – Khune‚ Siphiwe Tshabalala and Mulomowandau Mathoho – who did duty in the Bafana squad in their 2-0 World Cup qualifying defeat against Senegal in Polokwane on Friday‚ then 2-1 loss in Dakar on Tuesday night.

Khune‚ especially‚ will be a concern as he played with a protective facemask for a facial injury in the first match‚ though was notably free of it on Tuesday.

And Bafana only arrive back at 5.30pm on Thursday‚ meaning Komphela will have one training session on Friday to assess the three players’ condition and assimilate them back into his team.

Chiefs’ coach said reserve goalkeeper Khuzwayo has been sharp‚ and can fill in for Khune if needs be.

“The thing we can be happy about is that ‘Itu’ played without a mask [on Tuesday].

“And the only thing that we would be worried about‚ even for ‘Shabba’ [Tshabalala] and ‘Tower’ [Mathoho]‚ is that if given an opportunity to play on Saturday‚ would they have recovered?

“Because it’s killing to travel throughout Africa. But there’s nothing you can do about it.”

Komphela said Khune’s bravery playing for Bafana with a facemask after a horror clash with Kurt Lentjies in Chiefs’ 1-0 Telkom quarterfinal win had been the keeper’s duty.

“I don’t praise. Duty calls. You don’t praise anybody for doing what’s good for their country‚” the coach said.

“When a man goes there and dies for their country you can’t praise. You have to honour them.”