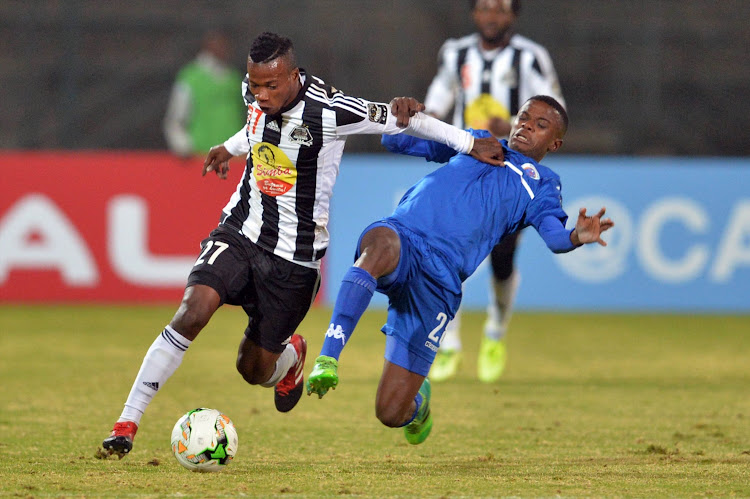 Holders TP Mazembe Englebert are sweating on the fitness of their giant centre back Salif Coulibaly and also awaiting the return of under fire goalkeeper Sylvain Gbohouo from international duty as they prepare to host SuperSport United in the first leg of the African Confederation Cup final.

Coulibaly‚ a tall pillar of strength for Mazembe in their successes over recent years in continental competition‚ is doubtful for Sunday’s game in Lubumbashi‚ according to club officials.

Gbohou is traveling back to the Democratic Republic of Congo from Abidjan where he played in goal for the Ivory Coast in their 2-0 home loss to Morocco.

An erratic performance has been largely blamed by angry Ivorian supporters for the home defeat‚ which cost their country a place at next year’s World Cup in Russia‚ and has left Gbohou’s confidence shattered.

“I want to apologize to the entire Ivorian nation‚ to all the supporters who came to the Houphouët-Boigny stadium‚ to the federation‚ to my team-mates and to the coaching staff for my performance and the non-qualification of Côte d'Ivoire for the 2018 World Cup in Russia.

"I understand the frustration of all.

"I promise to get back to work and to come back stronger‚" he posted on his Facebook page.

Adama Traore is also due back after playing for Mali in their 0-0 draw with Gabon at the weekend.

Mazembe had been preparing for the final against SuperSport at the training camp in Rabat because the kick off of the league in DR Congo had been delayed for several months by administrative in-fighting.

But the team returned home for the kick off of the new campaign where Ben Malongo‚ their target man‚ got both goals in a 2-0 win at the weekend over Ecofoot-Moise Katumbi‚ one of the three clubs in the top flight in DR Congo owned by the exiled owner of Mazembe.

After considering a move to the more comfortable Loftus Versfeld‚ SuperSport United have settled on the Lucas ‘Masterpieces’ Moripe Stadium in ...
Sport
4 years ago

Mazembe have pedigree on the continent

When SuperSport United square up against Democratic Republic of Congo’s (DRC) TP Mazembe in the first leg of CAF Confederation Cup final in ...
Sport
4 years ago