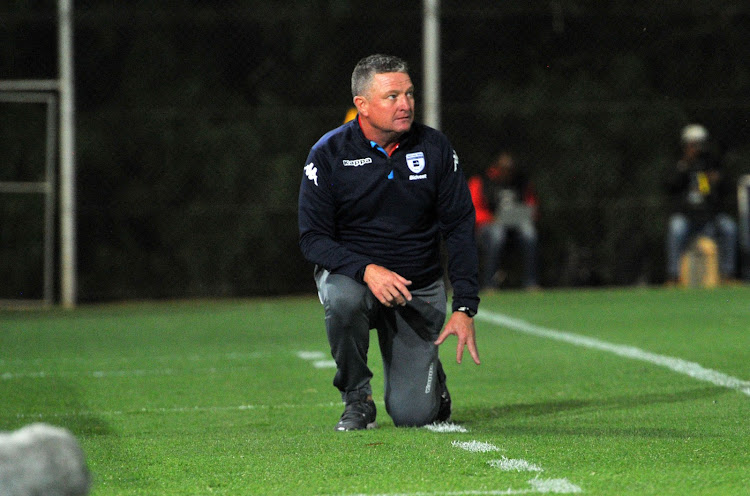 Kaizer Chiefs coach Steve Komphela has stumbled across his winning formula‚ Bidvest Wits counterpart Gavin Hunt has said‚ admitting that his own team are yet to have had that same fortune.

As Wits and Chiefs shape up for Saturday’s Telkom Knockout semifinal at Bidvest Stadium‚ Hunt was at pains‚ as can be his approach‚ to play down his team’s form and paint Amakhosi as the team with momentum.

Hunt was not being derogatory or having a go at Komphela‚ whose 3-5-2 formation necessitated by injuries‚ and a switch from a pressing game that was never really working to a counterattack‚ has resulted in some victories and a semifinal berth.

The Wits coach was simply admitting that as football coaches‚ sometimes that’s how things work out.

"You come across a situation and you stumble across it‚ don’t you?

"It sort of finds its own way‚” Hunt said on Thursday.

“That’s what normally happens with teams. The problem with us is that we haven’t found a way because we’ve had so many [injury disruptions].

“The right side is out‚ then the central midfield is out.

"Our defence has been out. So we are still sort of stumbling around to get a consistent eight or nine in our selection‚ which we haven’t.

"So that’s been the biggest problem we’ve had.

“So if you compare us to‚ like‚ a Chiefs‚ that hasn’t happened [for us]. But we’re still in good spirits.”

Given Wits have so many variables created by their injury situation‚ and Chiefs have largely been forced into playing almost the same lineup each game‚ one might expect Hunt to have a better idea than Komphela what to plan for in the semifinal.

“Actually right now I think they know more about us than me‚” Hunt quipped.

“I mean we’ve got two players who haven’t come back from Bafana‚ and Sifiso Hlanti played two games.”

Hunt has to assess his captain‚ Thulani Hlatshwayo‚ in Wits' Friday training session after the centreback's return from duty on Thursday night for Bafana Bafana against Senegal in the past week’s World Cup qualifiers.

Hlatshwayo missed both games with a bruised toe.

Bafana Bafana’s failure to qualify for the Fifa World Cup in Russia next year will not derail the South African Football Association's (Safa) Vision ...
Sport
3 years ago

Bloemfontein Celtic midfielder Lantshene Phalane has credited their impressive start to the season to a unity among the players that was largely ...
Sport
3 years ago

Stuart Baxter offered several excuses after Bafana Bafana's defeat to Senegal in Dakar on Tuesday night and blamed his delayed appointment to the ...
Sport
3 years ago
Next Article