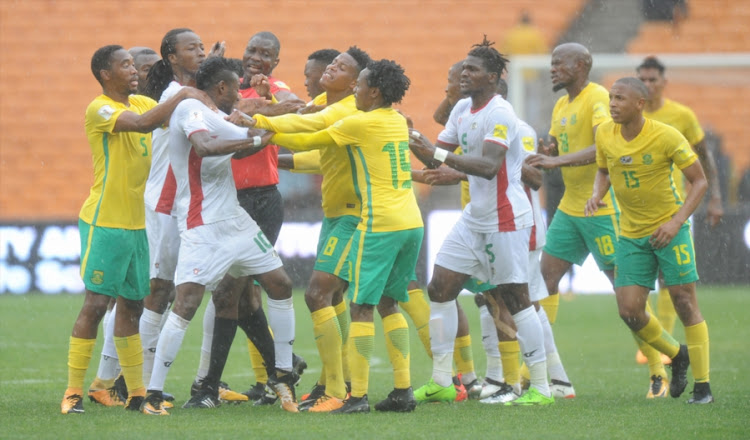 Bafana's 2018 World Cup qualifying hopes crashed and burned a few days ago after back-to-back defeats to Senegal‚ but Petersen maintains that the much criticised programme remains on track.

“Obviously qualifying for the World Cup in Russia would have helped a lot but our target remains the U17 and U20 World Cups and 2020 Olympics in Tokyo for the U23s and we are halfway there‚" he said.

"The benchmarks are those three junior tournaments because the bulk of players that will make the Bafana Bafana squad for the 2022 World Cup in Qatar will come from those tournaments.”

Petersen‚ who is a former PSL chiefs executive and also headed Safa‚ admitted that Bafana’s failure to book a place in Russia was a setback and could have significantly helped the programme.

“It would have helped us enormously had we qualified‚ this is a setback.

"But like I said our benchmark is the U17 and U20 World Cups‚ and the Olympics.”

South Africa failed to qualify for the U17 World Cup that was won by England in India last month but there is hope that they will qualify for the next tournament in two years time‚ which will be held in a country yet to be confirmed.

Amajimbos qualified for the U20 World Cup in May that was won by England in Korea Republic but they failed to progress to the next round after losses to Japan‚ Italy and a draw with Uruguay to end bottom of the group.

Amajita will be hoping to qualify for the second tournament in succession which is to be held in either India‚ Poland or Peru. The three countries have submitted bids for the rights to organise the matches.

The U23 side qualified for the 2016 Olympic Games but they ended bottom of their group after draws with hosts and eventual winners Brazil and Iraq.

They lost to Denmark and will be desperate to qualify for next the showpiece to be held in Tokyo.

Bloemfontein Celtic midfielder Lantshene Phalane has credited their impressive start to the season to a unity among the players that was largely ...
Sport
3 years ago

Stuart Baxter offered several excuses after Bafana Bafana's defeat to Senegal in Dakar on Tuesday night and blamed his delayed appointment to the ...
Sport
3 years ago

SuperSport United coach Eric Tinkler has urged his charges to go to the intimidating cauldron that is the Stade TP Mazembe in Lubumbashi and snatch a ...
Sport
3 years ago
Next Article