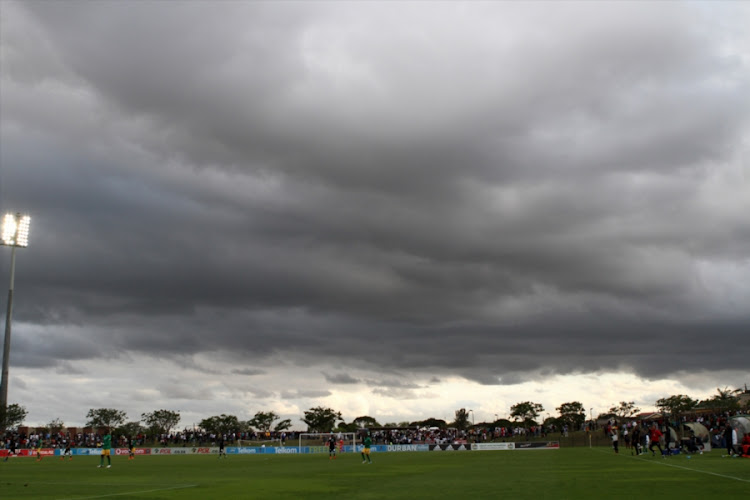 Bidvest Wits have raised concerns about the current condition of the pitch at surprise Telkom Knockout final venue Princess Magogo Stadium‚ where they meet Bloemfontein Celtic in Saturday’s cup decider.

Wits coach Gavin Hunt said on Tuesday that club representatives were sent on Monday to inspect the condition of the surface at the 12 000-capacity stadium in KwaMashu‚ north of Durban‚ a ground whose naming as the TKO final venue raised eyebrows.

Asked what he made of the choice of cup venue‚ Hunt replied: “Shew‚ shew‚ shew.”

He continued: “Listen‚ it is what it is. We’ve got to concentrate on the rules and play football.

“Listen‚ Celtic are going to have a big crowd.

"They normally draw a big crowd. But I think the venue is a little bit: you know.

“But I mean I can’t be worried about that. We’ve got to worry about playing the game.

"We’ll play them anywhere and I’m sure they’ll play us anywhere as well.”

Hunt said the feedback on the state of the pitch was concerning.

“The pitch has been dug up last week because there were teams training on it in the rain‚” Hunt said.

“So the pitch is not great. We saw it – we went there yesterday to have a look at it.

“And it’s normally a good surface.

“And if you get a blustery day the first half this‚ the second half this [Hunt indicated the wind blowing hair forward and backwards].

"It’s an open area. So please God the weather is good.”

Wits are apparently disappointed that matches have been played on the Magogo surface – the home ground of Lamontville Golden Arrows this season – for the past three weeks ahead of the cup final‚ including as recently as Arrows’ 2-2 league draw against Cape Town City on Saturday.

South Africa will have one less international referee than last year with Kulasande Qongqo falling off the FIFA panel after he was not re-nominated.
Sport
3 years ago

South African club officials are angry at the lack of clarity over next year's continental club competitions.
Sport
3 years ago
Next Article