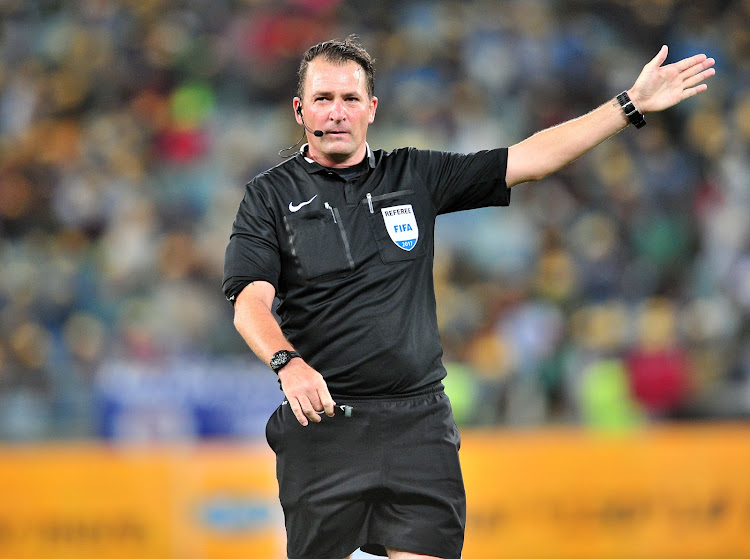 South Africa will have one less international referee than last year with Kulasande Qongqo falling off the FIFA panel after he was not re-nominated.

But Qongqo has been dropped for poor performances and administration.

Among the linesman‚ Peter Chauke and Stevens Khumalo fall off.

Both are suspended while investigations into alleged bribery during the ABC Motsepe League play-offs continue‚ but their careers are considered effectively over.

Athenkosi Ndongeni and Mervyn van Wyk are included for the first time.

FIFA accredited referees and linesmen (or assistant referees in FIFA-speak) wear the FIFA badge as opposed to an association badge and are able to officiate international matches.

For Daniel Bennett it marks his 16th year on the panel – extending the record for any South African match official - while Chris Harrison and Thando Ndzandzeka were included for the first time last year.

Once referees reach the age of 45 they can no longer officiate international matches but are able to continue in the Premier Soccer League for at least two more years after that.

Siwela is the most experienced linesman‚ having first won his FIFA badge in 2010‚ and is on the list of potential officials for next year’s World Cup.

Among the women‚ Nobuhle Tsokela is a new appointment.

This is the full list of South Africa’s FIFA-accredited officials for 2018:

South African club officials are angry at the lack of clarity over next year's continental club competitions.
Sport
3 years ago

AC Milan sacked coach Vincenzo Montella on Monday and immediately announced that he would be replaced by their fiery former midfielder Gennaro ...
Sport
3 years ago
Next Article