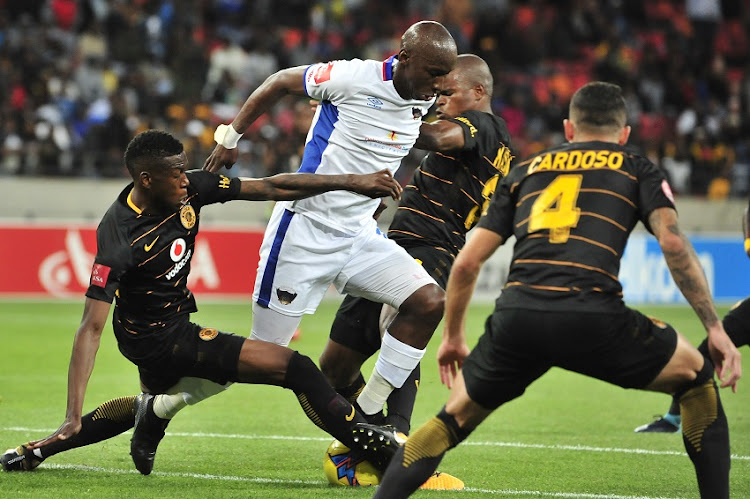 Mark Mayambela returned from injury to inspire Chippa United to a 1-0 home win over Kaizer Chiefs on Wednesday that took them into a four-way tie at the top of the Premier Soccer League standings.

Mayambela broke a bone in his foot two months ago but was back to display an array of his tricks, setting up the only goal of the game for Abel Mabaso.

Chippa moved up to 19 points, second on goal difference ahead of Mamelodi Sundowns and just ahead of Baroka FC and Orlando Pirates.

It was a performance that showed both the attacking and defensive qualities of Chippa, who overpowered their visitors and gained revenge for their controversial loss to Chiefs n the Telkom Knockout.

The goal came after only five minutes: Mayambela tricked his way past Chiefs’ new Zimbabwean centre back Teenage Hadebe before hitting a square pass with the outside of his boot that curled away from Itumeleng Khune and was easily tapped in by Abel Mabaso.

It was the perfect start for Chippa, looking to extend a nine match unbeaten run and join the other three clubs at the top of the league standings.

It set off a furious temp as Chiefs tried immediately to get back into the game but could not get their passing game together.

Moeketsi Sekola’s flying header from Kurt Lentjies’ pass in the 25th minute looked for all money a second goal for Chippa before Khune got an outstretched arm to the ball and kept it out with a fine stop to again emphasis how much he has kept Chiefs from an even more disappointing start to the season.

Chiefs then saw Pule Ekstein, back in the team in place of Gustavo Paez, hit the upright with an effort from a tight angle that Chippa goalkeeper Daniel Akpeyi looked to have covered.

But as much as Chiefs tried to get find an equaliser, so Chippa came back at them and Sizwe Mdlinzo was disappointing with a wild effort over the top of the target as being set up by Paseka Mako, who should have had a goal on the stroke of half-time when he beat Khune from close range but was erroneously flagged for offside by linesman Clifford Motaung.

“We could have wrapped up the game n the first half and Chiefs came back strongly but we’ll take it,” said Chippa coach Tebeho Moloi.

In the second half Chiefs saw plenty of possession but poor final touches let them consistently down and, in fact, the best chance of half fell to Chippa sub Katlego Mashego, whose effort was cleared off the line by Hadebe.