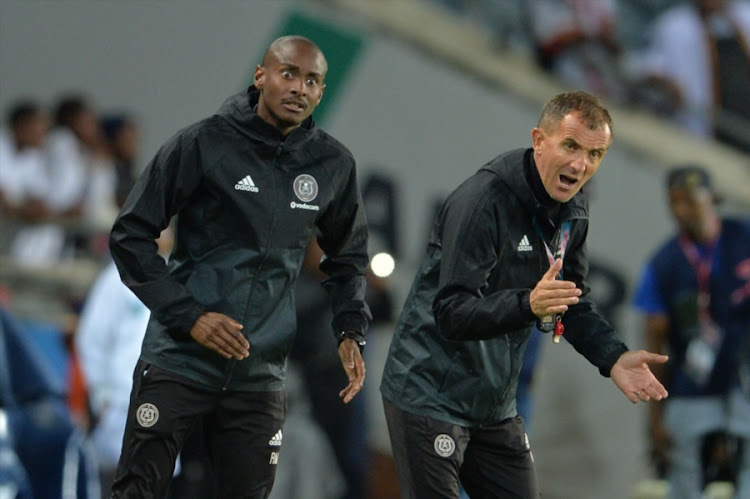 Orlando Pirates coach Milutin Sredojevic has expressed a regret that‚ according to his belief‚ had he still been coach of Uganda he would “now be preparing my team for the World Cup”.

Sredojevic expressed his belief that had he remained as coach of the Cranes‚ who the coach guided to Uganda’s first Africa Cup of Nations (Afcon) in 38 years at the start of this year‚ they would have reached Russia 2018.

Sredojevic also said‚ based on the football they had played in all but two of their matches‚ Bafana Bafana also deserved to qualify.

“I believe‚ from the five teams that have qualified I deeply regret two things‚” Sredojevic‚ speaking in the post-match press conference after Pirates’ 0-0 Absa Premiership draw against SuperSport United at Orlando Stadium on Tuesday night‚ said.

“The first is that‚ from the football quality and football presented‚ except for those two matches against Cape Verde‚ South Africa absolutely deserve to be one of the five teams.

“And second is that if I was with Uganda I would now prepare my team for the World Cup.

“Because of the way I have seen the team‚ and the way they have gone in the group.

“But this is now past.

"I am a soldier and servant of this team [Pirates]‚ and standing in front of you trying to give my best to the team‚ to the nation and to all of us.”

Sredojevic terminated his contract with Uganda after a salary dispute in late July and joined Pirates in early August.

Bidvest Wits host Ajax Cape Town in an unlikely battle at the basement of the Absa Premiership on Wednesday night and with the chance to move off the ...
Sport
4 years ago