Pirates wanted to prove a point against SuperSport, says Sredojevic 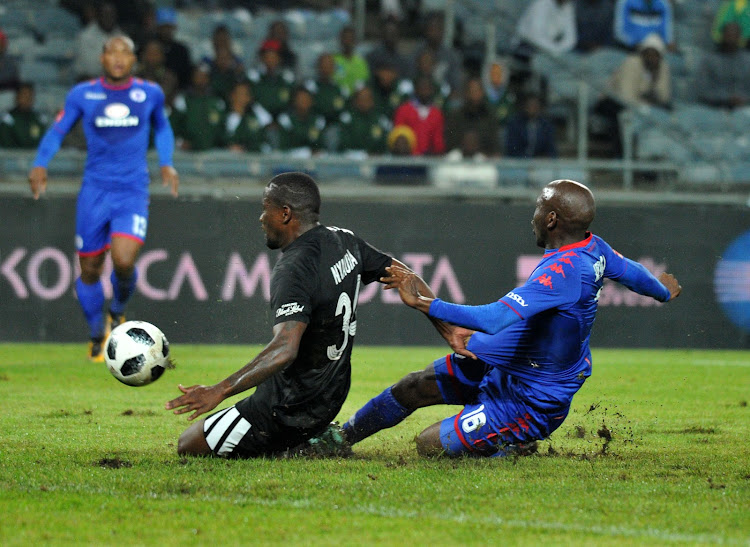 Orlando Pirates had a point to prove against SuperSport United‚ even if they had to settle for a 0-0 draw in Tuesday night’s Absa Premiership match at Orlando Stadium‚ said Bucs’ coach Milutin Sredojevic.

Pirates’ coach said his team‚ currently in third place in the PSL‚ have been on a mission to prove themselves more competitive than last season where they finished an abysmal 11th.

He said a credible showing against SuperSport‚ who handed Pirates two humiliating thrashings last season‚ was important for Pirates.

Sredojevic‚ though‚ would have perhaps been relieved to some extent that SuperSport did not put a few more goals past his team as they missed a string of first-half chances in a dominant first half.

Pirates recovered to create some good chances of their own in the second half.

“I want to give credit to the players – they really tried their best‚" he said.

"Having in mind that in two competitive matches – the Nedbank Cup‚ and last year where I have never seen this in my life where in less than 45 minutes it was 6-1 – we conceded 10 goals.

“It is something that we have been very much motivated to work very hard and prove the point that we are a competitive team this year.

“I want to give credit to the players – they are working very hard. Small details decided that we didn’t take three points in a game that could have gone either way.

“And we are looking forward in the game against AmaZulu to try to turn into goals whatever we create.”

The Pretoria team thrashed Bucs 6-1 in a league match in Nelspruit‚ then beat them again 1-0 in the Telkom Knockout semifinals before a 1-1 draw in the league at Orlando Stadium.

SuperSport then added insult to injury of one of Pirates’ worst seasons thrashing them 4-1 in the Nedbank Cup final in Durban.

The Premier Soccer League has announced that pay-TV channel SuperSport have won the bid to renew their media rights for Sub-Saharan Africa for five ...
Sport
4 years ago

Orlando Pirates coach Milutin Sredojevic has expressed a regret that‚ according to his belief‚ had he still been coach of Uganda he would “now be ...
Sport
4 years ago

Premier League champions Chelsea are not intimidated by the prospect of facing Europe's biggest teams in the knockout stages of the Champions League, ...
Sport
4 years ago