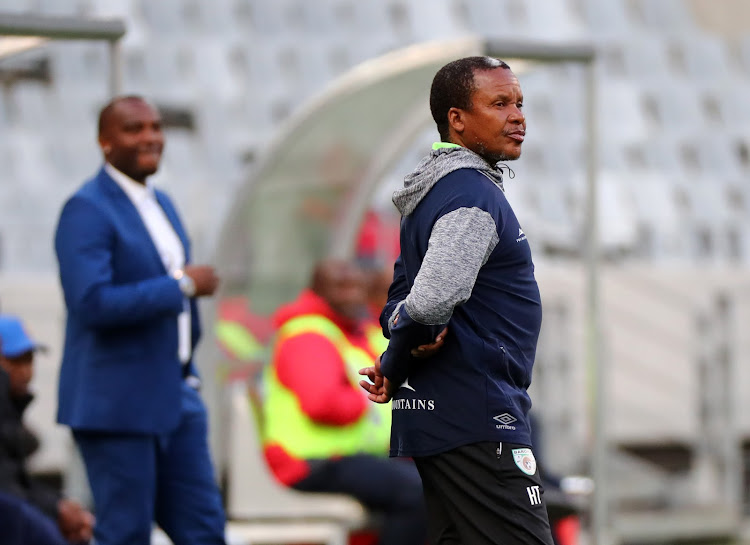 Never one to shy away from speaking his mind‚ Baroka FC coach Kgoloko Thobejane has once again reiterated that his unfancied side remains in contention to win the league championship.

Baroka were easily brushed aside 4-0 by Mamelodi Sundowns in their league encounter on Tuesday night to drop from the top of the log to second spot‚ but Thobejane says the loss is not the end of their hopes to winning the league title.

“We are on game number 13 in the season‚ so how do you say this is the end of our dreams of winning the league?” he asked after the match at Lucas Moripe Stadium.

“I am still saying we can maintain and be champions‚ yes we can do it.

"We wanted to maintain the top spot but it was not to be.

"Sundowns are on 19 points‚ we are on 19 and Pirates are on number three also with 19 points‚ so we are still there and we still believe that we can make it.”

When reflecting on the loss‚ Thobejane admitted he was convincingly beaten by the better opposition on the night but the result does not mean they have become a bad team overnight.

“It was not a good result for us because they beat us convincingly‚" he said.

"It was a test of character for the boys and we have to keep on working hard and be strong because if you want to be a champion these are situations that we must pull through.

"I have accepted the result.

"If I don't accept it will be difficult to move on and anyway I can’t go to the PSL and ask them to replay the match.

"What is done is done and we are focusing on the next match.

“We looked like we were afraid to play our normal game but it can happen to anyone.

"It is not that we are bad overnight‚ the opponents took their chances and they were lucky.

"We got chances and we missed and this football is killing me‚ it will kill you football‚” he added.

In their penultimate mach of the year‚ Baroka travel to Maritzburg United at the Harry Gwala Stadium on Friday night hoping to return back to the top of the standings.

Pirates wanted to prove a point against SuperSport, says Sredojevic

Orlando Pirates had a point to prove against SuperSport United‚ even if they had to settle for a 0-0 draw in Tuesday night’s Absa Premiership match ...
Sport
4 years ago

The Premier Soccer League has announced that pay-TV channel SuperSport have won the bid to renew their media rights for Sub-Saharan Africa for five ...
Sport
4 years ago

Orlando Pirates coach Milutin Sredojevic has expressed a regret that‚ according to his belief‚ had he still been coach of Uganda he would “now be ...
Sport
4 years ago