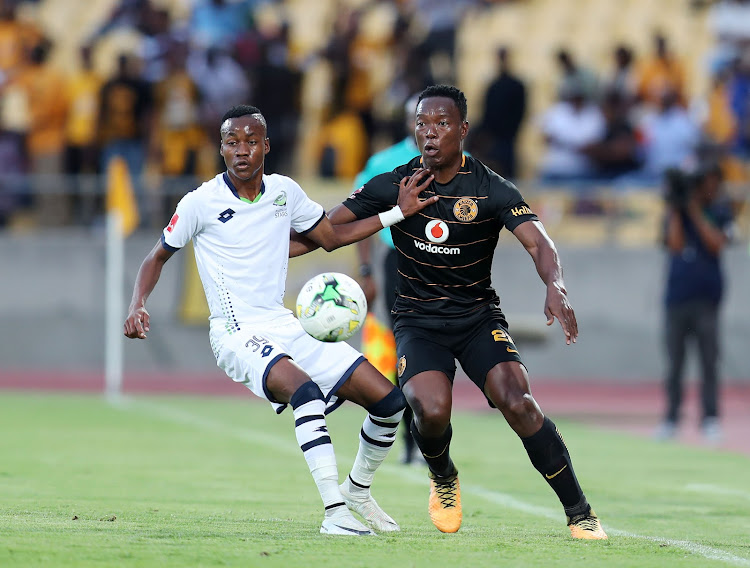 Kaizer Chiefs had to turn to the old guard to hand them a much needed win and a little pre-Christmas cheer as Siphiwe Tshabalala came off the bench to score a rare headed goal and hand coach Steve Komphela much needed relief as they beat his former club Platinum Stars at the Royal Bafokeng Sport Palace on Saturday night.

He stooped low to nod home a prefect cross from Philani Zulu after 72 minutes to break the stalemate and put Chiefs right back up among the frontrunners, even if it was their first victory in six league games.

They are up to 19 points with all the other frontrunners.

It was only after Tshabalala and Bernard Parker, who had both been dropped from the starting line-up, came on as an early double changes in the second half that Chiefs came to life.

The pair proved their continuing importance to the club at a time when their legs are no longer able to provide them with a consistent standard of performance. But they still patently have match-winning ability that Chiefs so desperately need in this time of turmoil for the club.

Chiefs, after losing in midweek at Chippa United, bringing back Gustavo Paez and giving Dumisani Zuma a first start, but failed to create any shots on goal in the first half as they laboured despite a lion’s share of the possession against their hosts.

The current malaise blighting the domestic game, devoid of goals, entertainment and spark, was all too vividly illustrated in a boring first half There was an air of caution, even nervousness about Chiefs’ approach, looking too scared to try anything innovative should it back fire. But they still managed to turn over possession frequently, miscue their passes and fail to set up any decent chances.

But once Parker and Tshabalala were on, it was a whole different side as the two veterans sent a clear message to their coach about their longevity.

Stars, siting just above the relegation zone, sat back with bodies behind the ball when they were without possession but also had some chances which they squandered in poor fashion.

Stars had their first opportunity after 12 minutes but Bongi Ntuli was too selfish as he cut in and hit the ball into to the side netting when a shot to the far post or a square ball inside to a teammate could have led to a goal.

Ntuli sprinted from his own half to set up a 33rd minute chance for Robert Ngambi, who blasted wide with an uncharacteristically poor effort.

The Malawian captain then missed again when young Katlego Otladisa set him up with an inviting cross some six minutes before half-time.

He also had a header in the second half that might have put Stars ahead but in the end they did not look anything like the home side and rather the relegation-haunted side they are. Coach Roger de Sa said his side looked “fatigued”.

Chiefs finish their year at ‘home’ to Ajax Cape Town next Saturday night while Stars must go to fellow strugglers Wits at the same time.

Azubuike Egwuekwe's injury time equaliser earned SuperSport United a point when they drew 1-all against Cape Town City at the Mbombela Stadium.
Sport
4 years ago

Second-last-placed Ajax Cape Town need to make clever signings‚ and not big signings‚ in the January transfer window to beef up a clearly ...
Sport
4 years ago

Following two successive convincing victories this week over Cape Town City and Baroka FC where they scored seven goals and conceded only two‚ ...
Sport
4 years ago