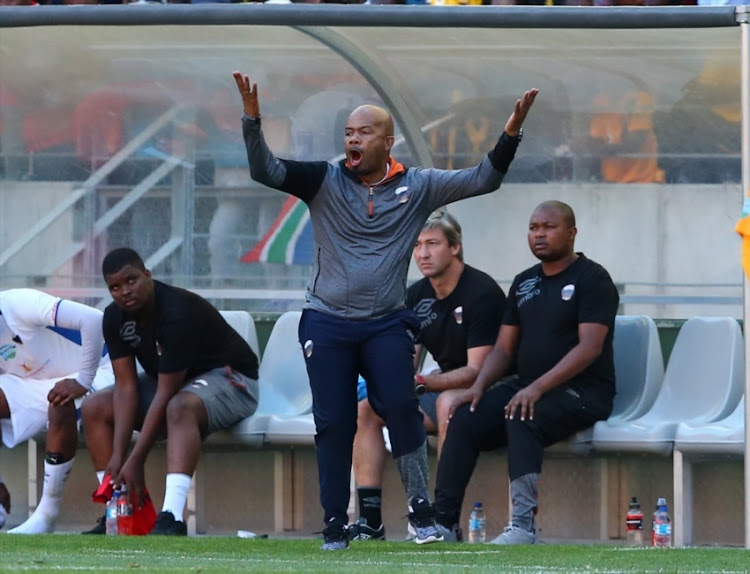 Chippa United coach Teboho Moloi admitted that his side "were not in the park but were somewhere else" when they were humbled 1-0 by bottom of the log Ajax Cape Town in a Premiership match played at Bidvest Stadium on Saturday night.

"I did warn the players that if we undermine Ajax we will get a rude awakening and that's exactly what we got. "After beating Kaizer Chiefs I think it did go into our heads.

"The players just didn't have the passion in this match. I'm not going to make too many excuses. "The players didn't play to the level we all know that they can.

"The honest truth is that we didn't come to the party‚" said Moloi‚ who was in charge for the first time as the official head coach of Chippa following his on-the-field appointment after victory over Chiefs on Wednesday night.

With dependable keeper Akpeyi and Macheke sidelined by suspension‚ Moloi will now have a tough task of making a strong starting eleven against Polokwane City at the Nelson Mandela Bay Stadium in what will be their last league game of the year on Saturday.

"I have capable players that can come in and replace the suspended guys.

"It's for us to go home and see what is it that we can do.

"There are players that are waiting to be given a chance to play." Moloi‚ who is not entertaining title ambitions for now‚ said they will be delighted to give their supporters in the Eastern Cape a great Christmas present by winning their last match at home against Polokwane.

"The supporters have always been there to give us a push.

"It is disappointing that we are left with just one match to please them‚ but we will do our best against Polokwane."