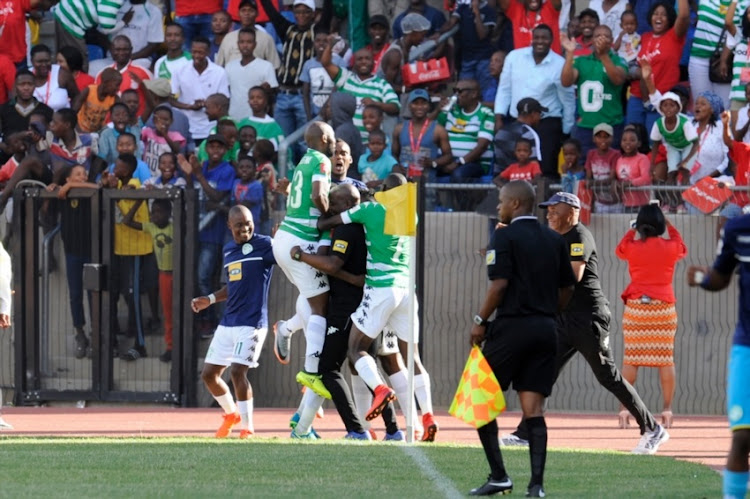 Bloemfontein Celtic ended their long drought in the provincial derby against Free State Stars as rare moments of attacking magic provided them with a 3-0 win over Free State Stars at the Petrus Molemela Stadium on Sunday.

Two goals from Victor Letsoalo and a first in three years for Lucky Baloyi allowed Celtic to advance to 19 points and go up among the frontrunners as the Premier Soccer League heads to the Christmas break.

It was 1-0 at half-time after Letsoalo with a left-footed effort, finished off with aplomb after a smart one-two with Ndumiso Mabena, who played it back to Letsoalo with an audacious back heel.

The 30th minute goal came after a long period of dominance for the hosts, who had not beaten Stars in eight previous derbies.

They might have been further ahead at half-time had the likes of Jackie Motshegwa, Mabena and Letsoalo been more accurate with the other chances they created.

Letsoalo, in particular, had a great chance to double his, and his team’s tally, in the 40th minute after an effort in defence by Bangaly Keita but fluffed his shot with a goal at his mercy.

But there was no missing in the second half from Baloyi, who blasted in from just outside the area in the 57th minute with Letsoalo making it 3-0 with another quality finish some seven minutes later.

Baloyi finished off with a strike that gave Sangare no chance while Letsoalo beat the offside trap for his second.

Given Mashikinya had a powerful shot stopped by Sangare that denied Celtic a fourth in the last 10 minutes.

Three goals in a game was last achieved by Celtic 18 months ago. They were the club with the worst scoring record in the last league campaign.

It was fifth win of the league season for Veselin Jelusic’s side, in their first full game after the disappointment of defeat in the Telkom Knockout final last weekend.