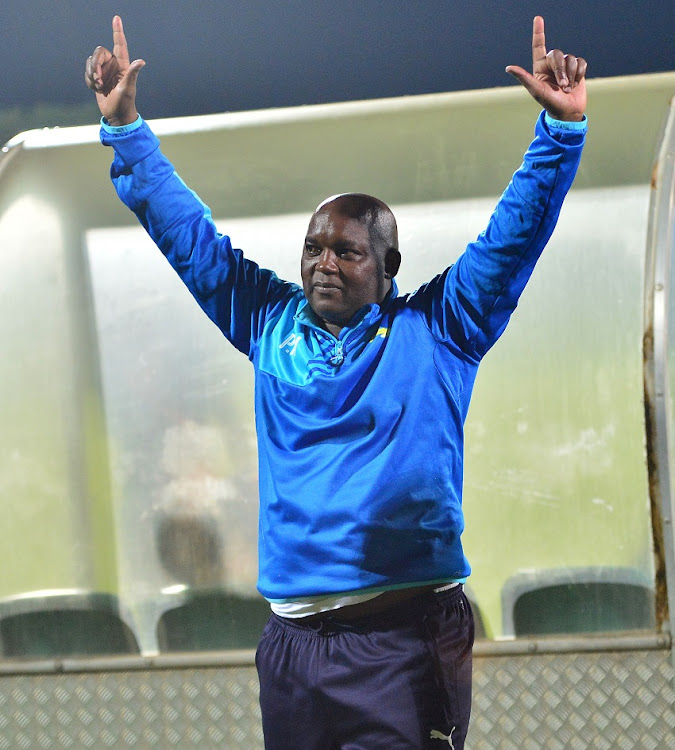 Pitso Mosimane achieved a rare milestone in the PSL era when he became Mamelodi Sundowns’ longest serving coach this week.

Mosimane celebrated five years in charge at the club where he has won two Absa Premiership titles‚ the Nedbank Cup‚ the Telkom Knockout‚ Caf Champions League and the Caf Super Cup.

He also took the club to the Fifa Club World Cup last year.

Looking back at his eventful time at the helm‚ Mosimane said winning the Champions League and leading the side at the Club World Cup in Japan last year - they lost two of their matches - were his highlights.

“I was not aware that it was my fifth year anniversary until the players told me‚" he said.

"They said we have to give you a win to celebrate the occasion and it was a good way to round it up.

"I have been around for fourteen or fifteen years and I have only coached two teams in the PSL because I don’t like to move around.

"I spent seven years at SuperSport United and five here at Mamelodi Sundowns.

"The highlight must be playing at the Fifa Club World Cup even though we did not win anything there.

"You know the ticket to get to that tournament is winning the Caf Champions League‚” he said.

Sundowns' 4-0 drubbing of Baroka FC in a league encounter on Tuesday night was Mosimane's 87th victory after 148 starts in the Absa Premiership and he will be looking for an 88th win against Golden Arrows at the Princess Magogo Stadium on Sunday.

Sundowns missed out on this season’s MTN8‚ the trophy that has eluded him at Sundowns‚ and the Telkom Knockout.

But he has a chance of adding silverware at Chloorkop with the Nedbank Cup next year and a third league championship.

Looking back at the impressive win over Baroka‚ Mosimane said he was happy with the result but his charges could have done better by scoring more goals.

“The first goal (in the third minute) gave us comfort‚" he said.

"We managed to play a little proper because of the four goals that we scored.

"They gave us confidence and it has been long since I have seen Sundowns push the ball like they did.

"It was the goals and I am happy with the result and the three points‚ but it could have been better because we could have scored more to be honest.”

After Sunday's encounter against Arrows‚ the Brazilians will turn their attention to Maritzburg United‚ Bloemfontein Celtic and Cape Town City before the Christmas break.