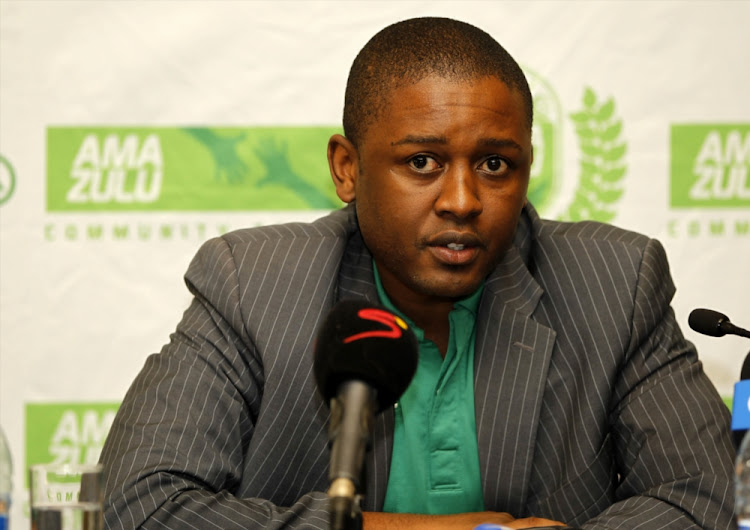 AmaZulu general manager Lunga Sokhela has slammed what he feels were light sentences on match officials who fabricated an attack on them by players from the club‚ saying they should be “banned for life”.

Assistant referee Linos Hobwane was suspended for two years for concocting an assault on him by AmaZulu players in a National First Division match against Baroka FC in January 2016.

Sokhela‚ asked if AmaZulu feel vindicated by the decision‚ said: “Look‚ at least finally something was done. It’s scary that those types of things can happen.

“And to be honest‚ it was shocking that one of them was only banned until the end of this season.

“I mean‚ for something like this you should be banned for life.

Two match officials – an assistant referee and a match commissioner – have received bans from the South African Football (Safa) for fabricating an ...
Sport
4 years ago

“How on earth can we allow these people to come back‚ whether it’s at the end of this season‚ or the next two years to actually officiate games when they’ve been that dishonest?

“And one has to ask‚ ‘What was their motive‚ really?’.

“You’re not just talking about something that could have been them being mistaken as them being hit. You’re talking about nothing at all happened‚ and then they went and completely fabricated a story.”

Three match officials – referee Anwar Alexander’s case has been postponed – alleged after the game that AmaZulu’s players had assaulted Hobwane.

The footage showed that AmaZulu players encroached on Hobwane‚ but were held back by security officials.

The DC chairman‚ Raymond Hack‚ asked Safa to investigate the officials for their false “evidence under oath”.

It's a crazy league where a lot of teams are playing to not lose‚ AmaZulu coach Cavin Johnson has admitted of the Absa Premiership‚ where his side ...
Sport
4 years ago

Hack added that “whether it’s a – let’s put it in inverted commas‚ ‘a potential match-fixing situation’‚ it is something that we don’t know.”

Hack’s reference appears to be questioning the motivation for the players’ anger at the referees over a questionably allowed goal by Baroka in the 75th minute that was the source of the fracas.

Sokhela said he could only speculate at the motivation of the officials for fabricating the assault allegation‚ but he did not rule out match-fixing having had a role to play.

“Well that match‚ the officiating was very poor. There was a goal that was allowed that should not have been‚” he said.

“It was just poor all the way around. Yes‚ one could speculate they did what they did to get back at the players.

“A second reason might have been that it was also to destroy AmaZulu at the time.

“Because that incident‚ you’re talking about five players who were involved. Had they been banned the season was over for us.

“So for me it was a very serious case. And people like this should be banned for life.

“I said to myself‚ ‘What the hell is going on here? This guy’s still involved in football‚ and being appointed to our matches’.”