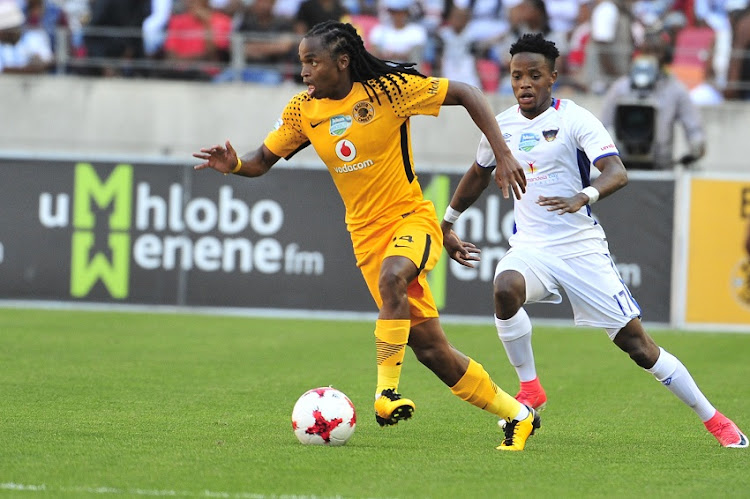 Siphiwe Tshabalala says the answer to Kaizer Chiefs’ current malaise lies with the players taking the problem by the scruff of the neck and looking to solve it.

Chiefs might be up among the Premier Soccer League front runners but have won just twice in their last six league games and scored only twice in the process - one from 33-year-old Tshabalala in the last 20 minutes against Platinum Stars away at the weekend that provided the club with a much needed victory.

“When things are not going well we have to be professional and take responsibility‚ knowing that us as players can provide the answer‚” he said after the win at the Royal Bafokeng Sports Palace.

“We spoke about it and said ‘just keep going’.

"This is the only Chiefs‚ we need to keep going and get the results.”

”It was key to get maximum points.

"We had targeted nine points from the last three games of the year but we suffered a setback against Chippa and this was another opportunity for us to get the points and I’m happy we got them.

“Now there is one to go.

Chiefs conclude a disappointing year with a ‘home’ game against Ajax Cape Town‚ which is being played at the Moses Mabhida Stadium on Saturday night.

Kaizer Chiefs had to turn to the old guard to hand them a much-needed win and a little pre-Christmas cheer as Siphiwe Tshabalala came off the bench ...
Sport
4 years ago

Kaizer Chiefs had to turn to the old guard to hand them a much needed win and a little pre-Christmas cheer as Siphiwe Tshabalala came off the bench ...
Sport
4 years ago