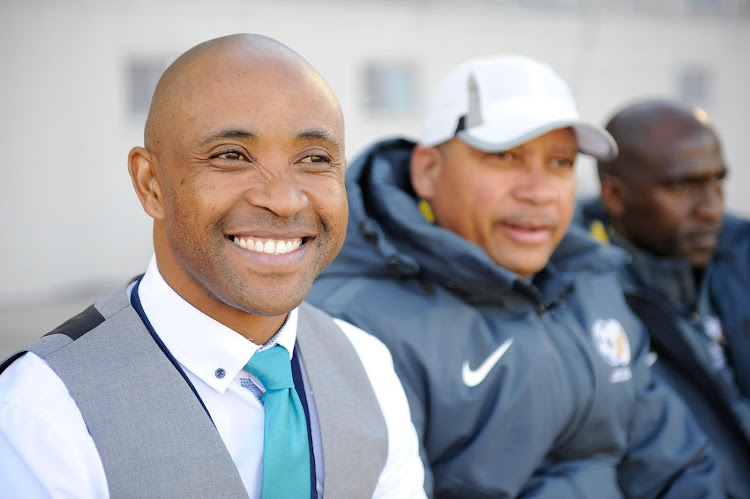 Coach Thabo Senong says good organisation and proper planning from the entire technical team were the keys to success for South Africa at the 2017 COSAFA Under-20 Championships in Zambia.

Amajita claimed the gold medal with a 2-1 victory over Lesotho in the final on Saturday‚ a sixth regional crown and a personal moment of triumph for Senong‚ who had led the side to silver 12 months ago.

The team made it five wins from five matches with their victory over Lesotho‚ which was secured by goals from Orlando Pirates forward Lyle Foster and Mamelodi Sundowns defender Kamogelo Sambo.

“We were not under pressure‚ we always knew what to do in every match and had a clear plan‚” Senong said.

“We were focussed in every game.

"I am very proud of my boys because we were consistent with our organisation‚ defending and attacking.

"We always knew how to score and when to score.

"We knew when to attack and when to defend. We learnt a lot from every team we played.”

Senong was assisted in the tournament by Helman Mkhalele‚ whose mother sadly passed away this week‚ and goalkeeper coach Lucky Shiburi‚ and he    said their input was invaluable.

“Well done to the entire coaching staff of South Africa‚ for us it was about the collective and we planned well and it worked well‚” Senong said.

“This tournament was about learning‚ for me as a coach and also for our players. Going back home‚ there is so much to apply going forward.”

A fast start to the final against Lesotho saw South Africa 2-0 up at the break‚ before they had to weather a storm in the second period.

“We always knew that our organisation at set-plays would help us. We piled a lot of pressure first half and got the goals we needed‚” the coach said.

“But we switched off a little bit and Lesotho started to come. They are a very good team under a very good coach [Leslie Notsi] who I have always admired and who has mentored me.”

Senong said that a pre-tournament camp in Lesotho that featured two warm-up matches helped both sides to prepare and was a big reason why they met again in the final.

“We prepared with Lesotho‚ we drove there and played two friendly games and we shared manuals and coaching information.

"We helped each other to prepare and we all benefitted. The relationship is very good and we are very proud of Lesotho.”

Senong says it should not be long before many of his players become regulars in the Premier Soccer League.

“Our young players will be given a chance in the PSL clubs and that is the whole objective. We have achieved. The future looks bright.”