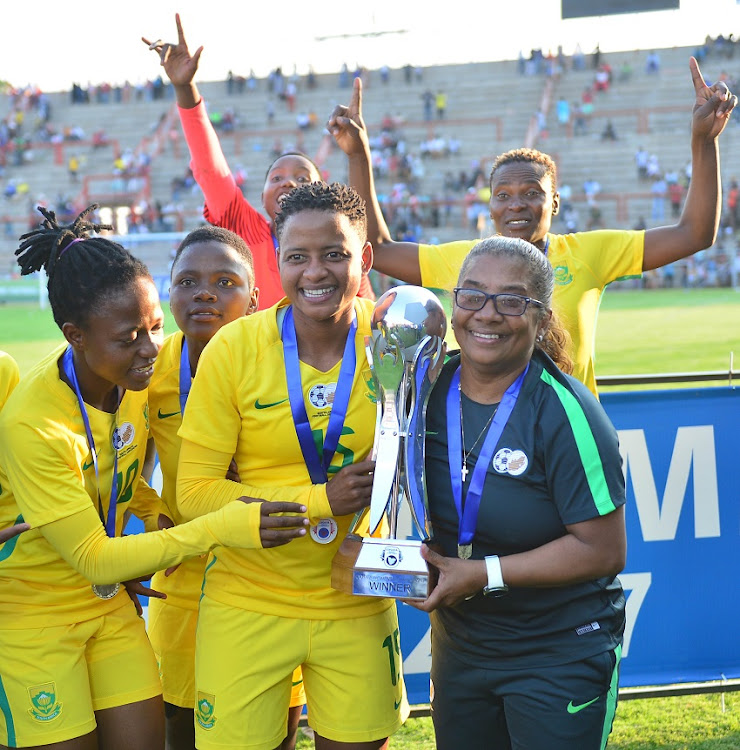 After leading Banyana Banyana to Cosafa Women's Championship in September‚ the South Afrocan Football Association are yet to offer coach Desiree Ellis the job on a full time basis.

The senior women’s national team has been without a full time coach since the departure of Vera Pauw earlier this year after they played at the 2016 Rio Olympics with Ellis taking over shortly after on an interim basis.

In the process of winning the Cosafa Women's Championship‚ Ellis made history by becoming the first South African‚ male or female‚ to win the tournament as a player and a coach which is a commendable feat.

Ellis‚ who is a former Banyana Banyana captain and fans favourite to be given the job on a full-time basis‚ won her first Cosafa Women's Championship gold medal in 2002 as a player and repeated the feat as a coach three months ago.

Asked recently if she was interested taking over as head coach of the national team on a permanent basis‚ Ellis admitted she won’t be intimidated by the pressure of being the national coach but everything depends on Safa.

“When I was appointed as the interim coach after coach Vera Pauw left the post‚ I always felt that I was ready because if I wasn’t I never going to accept the challenge. I played for this team with pride in the past and if I could I would play for it again. But main my focus at the moment is to do the job that I have been given at the moment which is to make sure that the team competitive‚” she said.

After she won the Cosafa Women's Championship‚ Safa chief executive Dennis Mumble said that they appreciate the tremendous job Ellis has done for the national team but it was not a foregone conclusion that she will get the job and they are negotiating with other people.

“We have to be honest with ourselves and ask if we stack up against countries like the US‚ Sweden‚ Germany or even Japan who are the powerhouses of women’s football. We still have way to go before we say we are there. We were given a task to negotiate with three people but the first choice decided to back out after we had concluded negotiations‚” said Mumble.

“There are guarantees in life but you must prepare as well as you possibly can and if the opportunity arises to coach the national side on a permanent basis then I will not be shy to take it‚” concluded Ellis.

One of the South African Football Association’s (Safa) three candidates earmarked as the new Banyana Banyana coach could not be appointed because the ...
Sport
4 years ago

Banyana Banyana caretaker coach Desiree Ellis has paid tribute to her team's gallant effort after they beat Zimbabwe 2-1 to win the Cosafa Women’s ...
Sport
4 years ago