Davids warns his players to guard against complacency 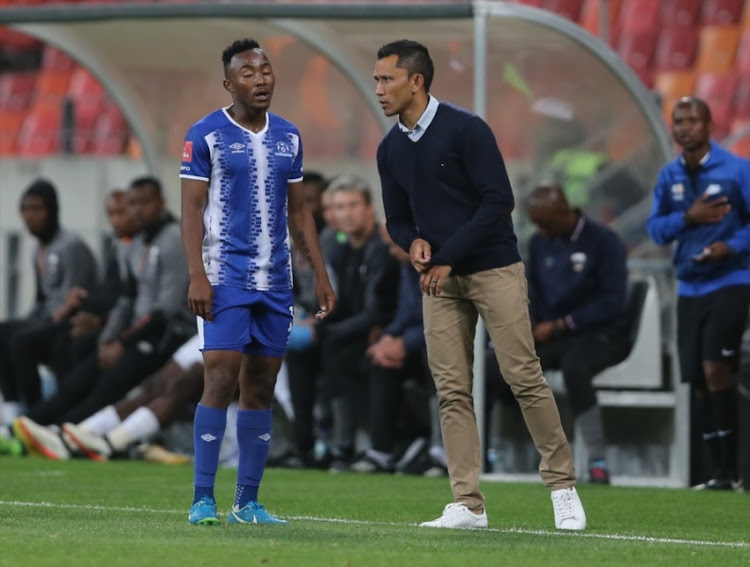 Maritzburg United coach Fadlu Davids has warned his players not to let Friday’s 2-1 away win over Ajax Cape Town make them too cocky.

It was Maritzburg's first game of the year and Davids is guarding against complacency.

“There is a thin line between confidence and complacency‚” warned Davids after the victory moved Maritzburg into a top eight place.

Davids said that on the back of bitter experience as he recalled the start of the season when Maritzburg began the league campaign with three successive wins and were the toast of the town in the first month of the new season.

“Maybe winning the first game of the new year is not such a good thing‚" he joked after the win at the Cape Town Stadium.

“Last time we started well also and then had a bad run.”

After those opening three successes in August‚ Maritzburg then went 12 games without a victory.

The last eight of those games came without scoring.

But they stopped the rot when they downed  high-flying Cape Town City 4-2 in Durban at the beginning of December and have won three of their last five games.

“We hopefully learnt a lesion from the good start we had but we need to make sure we don’t let it slip again this time.”

Davids called the showing against Ajax “a dominant performance” but added his side need to do better when in command and finish off the game earlier.

“But we got what we deserved‚ which was the three points‚” he added.

Maritzburg now have 21 points from 15 games.

Next up for Maritzburg is a return home and a fixture on Friday night against Bloemfontein Celtic.

“The last time we played them was away and they beat us 1-0 but they should have given us six.

"We were chasing the game. They are a fantastic team.

"That makes it even more important to be confident but not become complacent‚” he repeated for emphasis.