Baroka coach Thobejane shrugs off loss of Ntshangase to Chiefs 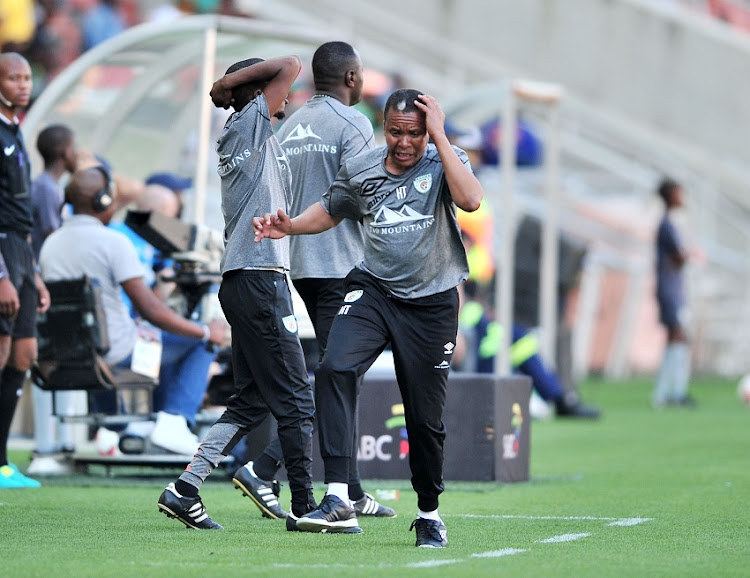 Kgoloko Thobejane could not hide his obvious disappointment that Baroka FC have lost Siphelele Ntshangase to Kaizer Chiefs‚ but said that the Limpopo club have young players lined up as potential replacements for the star playmaker.

The colourful Baroka FC coach was speaking after his team - missing another key performer in injured Gift Motupa - experienced life without Ntshangase for the first time losing 3-1 to an inspired Orlando Pirates in Saturday night's Absa Premiership game at Orlando Stadium.

Thobejane - maintaining his often mocked but admirably ambitious target of challenging to win the league‚ because‚ as he said‚ "Baroka remain in the chasing pack" - stopped short of admitting that the loss of Ntshangase is a blow to his sixth-placed team.

"So from us‚ even if we can't go to the market‚ we have guys who can play that position.

"We have a young guy whose been playing in the Multichoice (reserve league) who can even replace him.

"Because if someone wants to go out‚ what can you do? You give him the chance.

"It's a player on it's own. But we have players who can play that position."

Bafana Bafana international Ntshangase (24) spent just five months at Baroka having signed from First Division Black Leopards in August‚ and impressed greatly with a smooth transition to the Premier League.

He signed for Chiefs on a two-and-a-half-year contract on Thursday.

Explaining Motupa's absence against the forward's team he has been at Baroka on loan from‚ Thobejane said: "Motupa has a groin injury.

"It was three to four weeks. So maybe for the game against Kaizer Chiefs he'll be ready.

"He's been back in training for four days‚ so we couldn't risk him."

Baroka next meet AmaZulu at Peter Mokaba Stadium on Sunday.

They face Chiefs in the game after that at the same venue on Sunday‚ January 21.