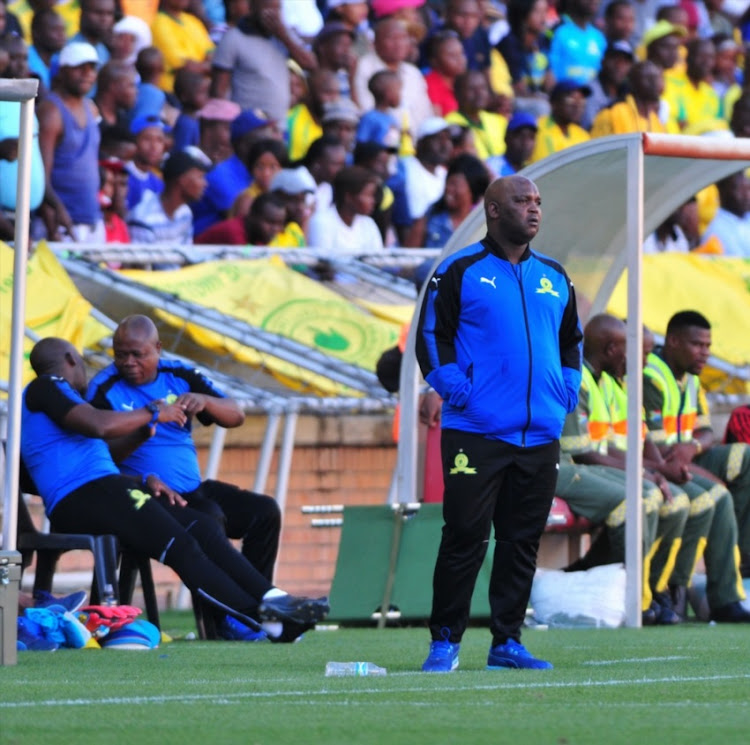 Mamelodi Sundowns coach Pitso Mosimane is putting his team's 3-2 defeat against Polokwane City at Peter Mokaba Stadium on Saturday down to the disruption to what had been an in-form team by the Absa Premiership's Christmas break.

Downs remain leaders of the PSL on 28 points from 15 matches as they take on Ajax Cape Town at Cape Town Stadium on Tuesday night (kickoff: 7.30pm).

But they will hope to bounce back for a win against Ajax - now under Muhsin Ertugral‚ who replaced Stanley Menzo during the PSL recess - to extend a current one-point lead over second-placed Cape Town City (27 points from 16 games) to four.

After George Lebese gave Downs a third-minute lead against City‚ the Brazilians should have closed the game with four more clear‚ one-on-one chances spurned in the first half on Saturday‚ three to Percy Tau and one to Themba Zwane.

Polokwane grabbed the lead with 58th and 59th-minute goals by Sammy Seabi and Walter Musona before Oupa Manyisa equalised in the 65th. Rodney Ramagalela banged in an 80th-minute winner for City.

For a change, Chiefs go for quality over quantity in market

Zola Mahobe, the late former owner of Mamelodi Sundowns, had a personal favourite phrase: when Kaizer Chiefs sneezes we all catch cold.
Sport
4 years ago

"They wanted it more than us. They were hungrier. We can't blame the break‚ because they also had the same break.

"But we are not yet back from the break."

Sundowns' defeats on either side of the break - they lost 1-0 at home to Cape Town City on December 19 - reeled in a run of form that had seen the Brazilians win five out of six unbeaten matches.

This has opened up the PSL race again‚ and a defeat against Ajax‚ who began under Ertugral with a 2-1 home defeat against Maritzburg United on Friday night‚ would encourage the chasing pack even further.