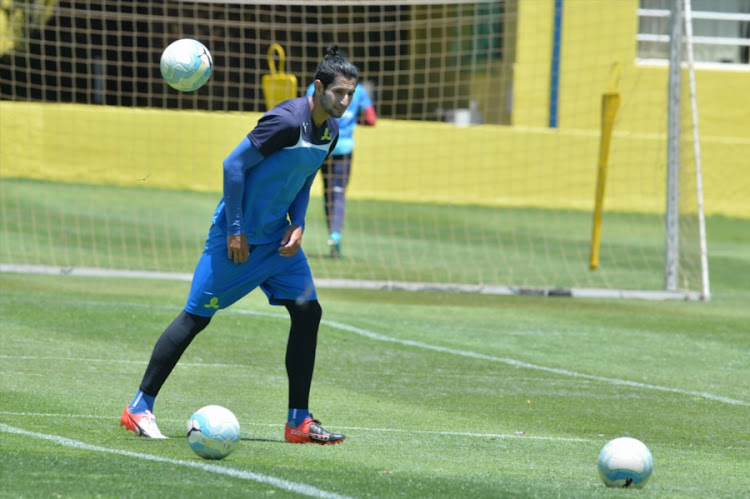 Kaizer Chiefs signing Leonardo Castro began training with his new club on Tuesday‚ Amakhosi announced‚ appearing to end speculation the deal for the striker might fall through somehow.

These were hotly denied by Chiefs’ football manager Bobby Motaung to TimesLIVE last week‚ who insisted the deal with Castro’s previous club Mamelodi Sundowns had been wrapped up.

Leonardo Castro started training at the Village today with the first team after having returned from Colombia.

“I appreciate the opportunity to play for Chiefs and I will make sure to repay the confidence and trust the Club has shown in me."- Castro
#KCOneTeam

Castro had apparently been out back in Colombia while his work permit was being concluded.

Chiefs are expected to clarify the extent of the injury picked up in his first training session to new signing from Bloemfontein Celtic Kabelo Mahlasela in a press conference at the club’s Naturena headquarters on Wednesday.

Speculation has been that Mahlasela might be out for as much as two months with the knee injury.

Mahlasela‚ highly-rated playmaker from Baroka FC Siphelele Ntshangase and big‚ technically-astute striker Castro have made for an impressive trio of signings in the January transfer window for Amakhosi.

One player with more of a point to prove than most in Tuesday night's Absa Premiership clash between Ajax Cape Town and Mamelodi Sundowns will be new ...
Sport
4 years ago

A number of January recruits made fine starts at their new Premier Soccer League sides this past weekend‚ suggesting some good buys and shrewd ...
Sport
4 years ago

Mamelodi Sundowns coach Pitso Mosimane is putting his team's 3-2 defeat against Polokwane City at Peter Mokaba Stadium on Saturday down to the ...
Sport
4 years ago