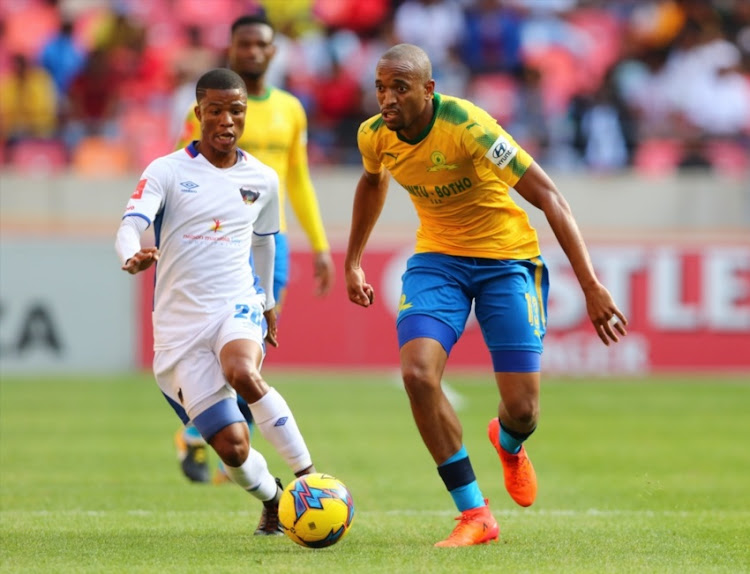 One player with more of a point to prove than most in Tuesday night's Absa Premiership clash between Ajax Cape Town and Mamelodi Sundowns will be new Urban Warriors recruit Samuel Julies.

The attacking midfielder came through the development system at Sundowns‚ but despite a decade spent at Chloorkop‚ was dismissed as not good enough by a succession of coshes.

He has spent most of his career away from the club on loan‚ and the 26-year-old now begins the latest chapter of his career at the struggling Cape Town club under coach Muhsin Ertugral.

A goal on debut‚ should he get his chance‚ would not only be a fine start at his new club‚ potentially ease their relegation worries‚ but also send a message to all those Sundowns coaches who felt he was not up to standard‚ including current boss Pitso Mosimane.

Julies has already hurt The Brazilians this season when he netted a winner for Chippa United in the Telkom Knockout.

“I was at Sundowns for close to 10 years‚ so yes‚ I am excited to play against them if the opportunity presents itself.

"Maybe I can score against them again. It is just a nice feeling being here‚” Julies told his new club’s website.

"It is a great club and I am looking forward to doing my best here.”

Julies was released by Sundowns at the end of last season and spent the first half of this campaign at Chippa.

Mamelodi Sundowns coach Pitso Mosimane is putting his team's 3-2 defeat against Polokwane City at Peter Mokaba Stadium on Saturday down to the ...
Sport
4 years ago

He made eight appearances‚ also netting a brace in a fine 2-0 away win at BidVest Wits‚ but moved to Ajax as part of a deal that saw Bantu Mzwakali head to Port Elizabeth.

“My goal is to grasp as much knowledge as possible from the coach [Ertugral].

"He is a very experienced coach. I will do my best to help the team gain points and move up the table.

“I will just keep working hard and I will put all my energy towards growing as a player here at Ikamva.”

He admits he was not looking to leave Chippa in this January transfer window.

“Things happen so quickly‚ so as a professional you have to be prepared at all times.

"I was always prepared for this. "I am just hoping that everything will fall into place and that I can make my debut as soon as possible. I am just glad everything has worked out.”

Julies made his debut for Sundowns in their 24-0 mauling of Powerlines FC in the Nedbank Cup in 2012‚ netting two goals.

He grabbed another in a 1-0 win over Free State Stars later that season.

He had two seasons at Cape Town-based Vasco da Gama in the National First Division‚ before making just a single start in the following two campaigns back at Sundowns ahead of his move to Chippa.