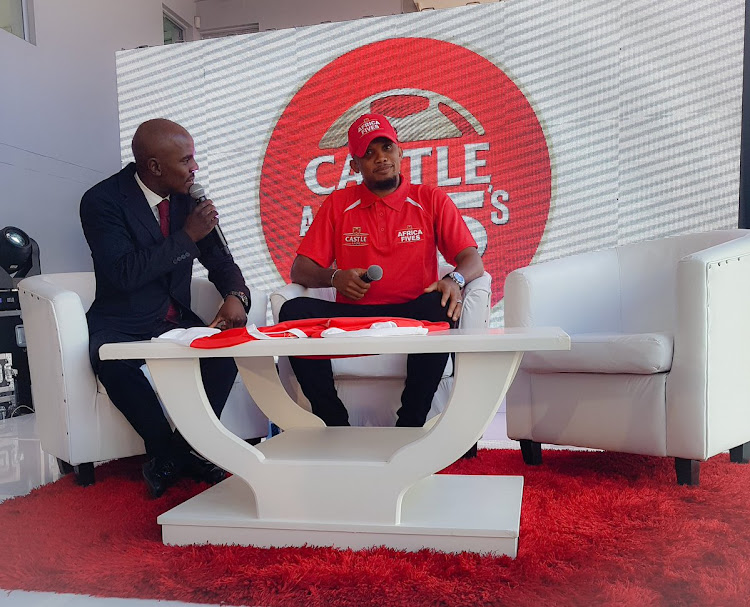 The Castle Africa 5's will be launched in six countries in 2018 - South Africa‚ Lesotho‚ Zambia‚ Zimbabwe‚ Swaziland and Tanzania.

It will be the largest amateur five-a-side tournament in Africa.

Eto'o‚ still on the books of Antalyaspor in Turkey‚ was the headline attraction of the launch at Discovery Soccer Park in Illovo, north of Johannesburg.

"Of course I used to play five-a-side because it was part of the training at my clubs‚" Eto'o said.

"I really enjoyed it. Five-a-side is more technical than football played with 11 players.

"You have to be strong for the whole time‚ because there are only five players on the field and if you let your guard down you can be punished."