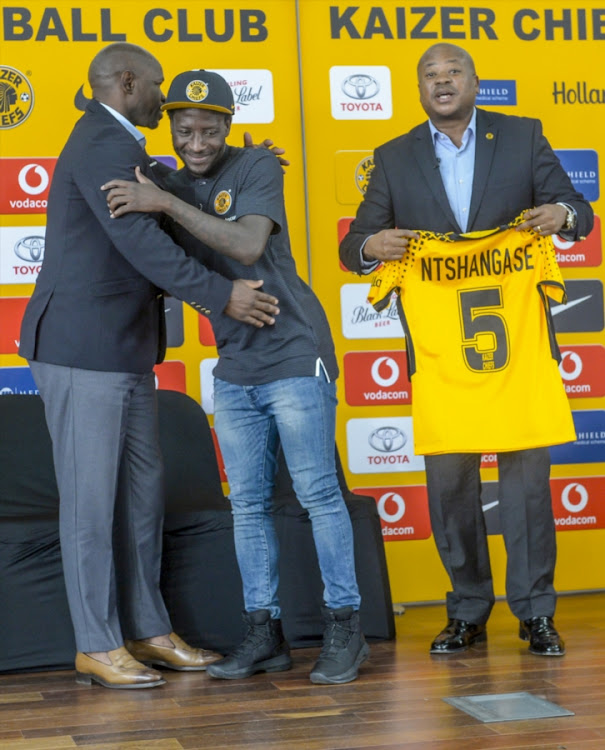 Baroka FC called Kaizer Chiefs to inform the Soweto giants that Siphelele Ntshangase wanted out of the Limpopo club‚ and to move to Amakhosi‚ Chiefs’ football manager Bobby Motaung has said.

Motaung moved to quell speculation that Chiefs and Baroka had colluded for Ntshangase to go to the Limpopo club for six months when it became clear Black Leopards would not sell the player to Amakhosi in June‚ and then facilitated his move to Naturena.

“I think the issue of Ntshangase has been a thorny one with Chiefs supporters and the media in terms of us (supposedly) not wanting to pay for the player‚” Motaung said.

“But I think there’s been a lot of persuasive matters‚ addressing Black Leopards at the time to try and persuade the player to come to Chiefs.

“The chairman of Leopards (David Thidiela) made it clear at the time that even when he was injured‚ when we tried to acquire him‚ that Ntshangase could go to any other club at the price that was there.

“But as long as he went to Chiefs it was going to go sky high – talking about R6 million and all that. He said it was because Chiefs have a special price tag.

“That obviously stifled the deal at the time.

“And we have always been pursuing the services of the player. And finally‚ with Baroka‚ we settled and we did a deal with him and we brought him on board.

“We just negotiated in good faith. And the player was willing to come to Chiefs‚ and he’s here.

“And I think it’s a blessing because it’s at the right moment. He’s only 24‚ he still has a long way to go. And we feel it’s the right investment for us.

“And also the love and the need from the supporters was also what kept us going to fulfill this deal.”

Asked for clarity if that meant there had been no collusion with Baroka‚ Motaung replied: “There’s never been a collusion.

“I mean‚ Baroka called us last year. They said‚ ‘Guys‚ here is an opportunity. We’re putting him on transfer. He’s not happy here‚ he wants to leave’.

“(They said) the player had made it clear that he wanted to go to Chiefs.

“And that’s what happened and that’s how we concluded the deal.”

Ntshangase signed for Chiefs last week on a two-and-a-half-year deal.

Struggling Wits cruise past SuperSport to move off the bottom

Bidvest Wits got their mojo back, blitzed SuperSport United in the opening half-hour on Wednesday night, then closed shop to get that valuable win ...
Sport
4 years ago