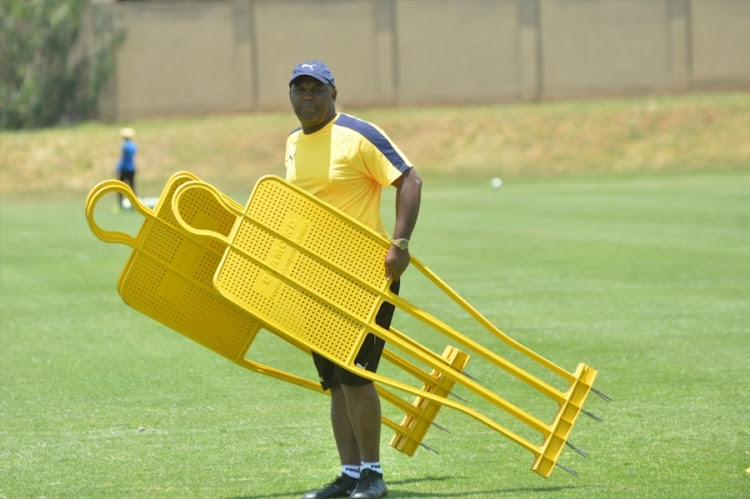 Mamelodi Sundowns coach Pitso Mosimane hopes to see a 4-3 scoreline‚ or some such high-scoring equivalent‚ when his side meet Orlando Pirates in the Absa Premiership at Loftus Versfeld on Saturday.

Mosimane is wary of few teams so much as he is Pirates. And nor are his players‚ despite an impressive seven-match period of domination unbeaten by Downs over Bucs‚ winning five of those.

Perhaps that is why this fixture always provides such fireworks. Apart form the complimentary styles of the teams‚ Downs know the threat that Pirates pose‚ and raise their game above their own already lofty standards to counter that.

“They are a transitional team. They have got a lot of speed‚” Mosimane said on Friday of the Buccaneers.

“They cut (win) the ball in their own half – they come out with so much space it’s not funny.

“We need to be aware of that because that’s one of the major strengths that they have.

“They also play. They have a lot of interplay.

“They have got very good players individually‚ from Luvuyo Memela to Thaba Matlaba – OK‚ he’s suspended – to all the other attackers they have.

“They are exciting. The challenge is that you don’t know which team comes out because they use a lot of players.

“But they are doing the right thing in that there is uniformity in the way that they play‚ whoever is playing. They have found their way of playing.”

Mosimane believes if Pirates were not likely to give any quarter in a match where neither team generally plays other than on the front foot‚ then with Bucs’ 3-1 win against Baroka FC at Orlando Stadium on Saturday even less so.

“If a team goes out and scores three goals I wouldn’t expect them to be sitting back (against us). Because they’ve got the goals‚” Downs’ coach said.

“I would love for the scoreline to be 4-3. Beautiful. Let’s see the goals man.

“We play forward. But you must also understand – you go forward‚ you are open at the back.

“It’s in the budget‚ man. We know we are going to get that. Barcelona‚ Real Madrid and Manchester City have the same thing.

“But we know how to play deep also‚ being very careful to hold the line. And when you open at the back we can also hurt you.”

Luc Eymael has said that his Free State Stars side must remain humble and with their feet on the ground as they face the potential of moving into ...
Sport
4 years ago

Kaizer Chiefs struggled to provide conclusive previous work experience that might qualify Rob Hutting as a new technical advisor to the club as the ...
Sport
4 years ago