Ntshangase says he can give Chiefs ‘that champagne pass’ 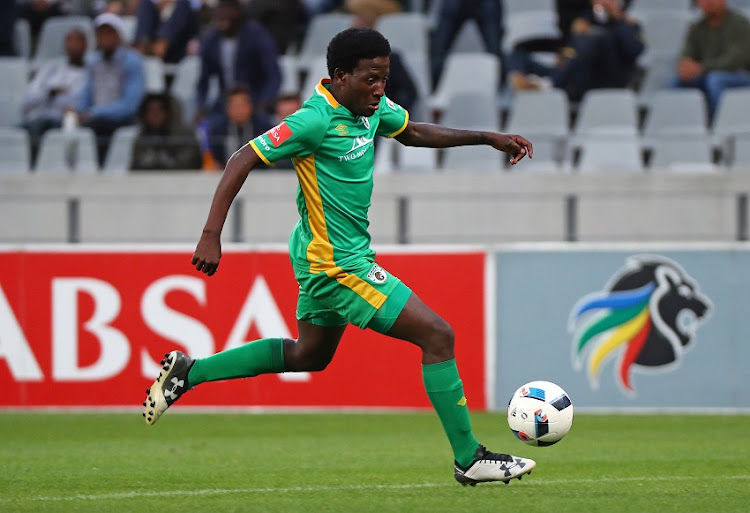 Siphelele Ntshangase is eager to reward Chiefs fans for the way they have received him after Amakhosi cough up R2 million to Baroka to bring him to Naturena.
Image: Chris Ricco/BackpagePix

Siphelele Ntshangase says he has felt like king from the manner in which he has been received and treated by Kaizer Chiefs' fans whenever he meets them on the streets.

The former Baroka FC attacking midfielder said he cannot wait to give Chiefs’ supporters that “killer pass‚ that champagne pass” he thinks has been lacking at the team in a barren two-and-half-years under Steve Komphela.

“There is this piece of something that’s missing in the (Chiefs) puzzle. I want to bring that joy to the fans. Remember it has been more than two years now without winning a trophy‚” Ntshangase‚ signed by Amakhosi from Baroka FC last week‚ said.

“So I’m hoping I will bring back good football and bring trophies to the club.”

Ntshangase is eager to reward Chiefs fans for the way they have received him after Amakhosi cough up R2 million to Baroka to bring him to Naturena.

“I’m like a king when I walk on the streets‚” said the KwaZulu-Natal born Ntshangase.

“Everyone kneels before me. People are very happy and I’m also happy.”

Does that bring some pressure for him to deliver as soon Chiefs get on the field‚ where they meet Polokwane City at the FNB Stadium tonight?

“I’ve never felt pressure‚” he said‚ adding that he was 80% ready to take the field against Polokwane if Komphela deems him it to play him tonight.

Since Ntshangase arrived at Chiefs questions have been asked in hushed tones regarding the number on the back of his jersey – No.5 – for the player who’s expected to be the conductor of the orchestra in Chiefs’ engine room.

“The jersey number doesn’t bother me because it doesn’t play‚ but it’s all in my feet. Maybe one day the number will change but for now I don’t really care about my jersey number‚” said Ntshangase.

The midfielder also spoke about injuries that have kept him off the field and how he felt when they seemed to derail his career at Leopards.

“Everything has its own time and everything does come to pass. It took me a long time to realise that the injury I had could change my life.

“I kept on believing that maybe one day I will be back. So I’m happy I’m back.

“In life you meet many challenges. I think having had that injury was one of the challenges I had to face and overcome. But I’m hoping that I will come to the level I was before.”

Ntshangase said he arrived at Chiefs fully aware that there would be stiff competition‚ and that even with the talent he possesses he know it will not be a walk in the park to get into the starting lineup.

“I like the competition because you don’t get time to relax. Plus the fact that Chiefs has a lot of supporters pushes you. The only thing I need to do now is to work hard‚” he said.

When Ntshangase arrived at Chiefs he said Komphela pulled him aside and had a quiet word with him.

“I spoke to the coach and he told me what is happening at Chiefs. So I was aware that in all the things that he was telling me‚ I should be ready for the challenge.

“Playing at Chiefs is not easy‚ especially when you are not winning trophies. For me what I think has been lacking (at the club) in the past two seasons is that killer pass‚ that champagne pass.”