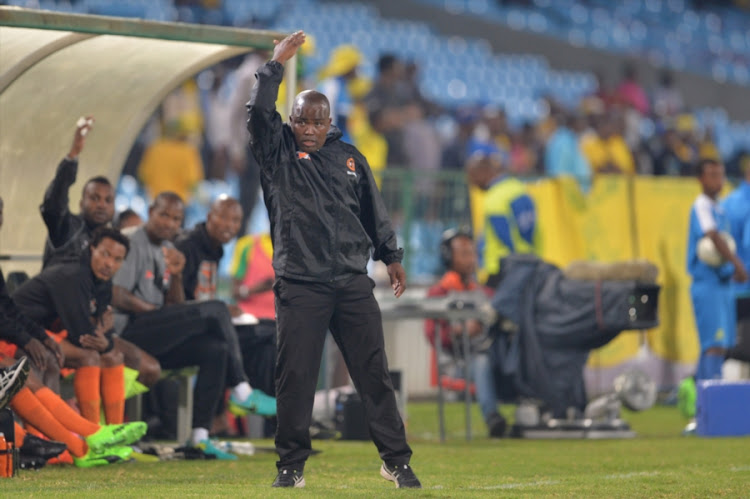 After fighting hard but failing to get anything from their Premiership clash against Kaizer Chiefs at the weekend‚ Polokwane City coach Bernard Molekwa is bracing himself for a tough one against a rejuvenated Orlando Pirates at Orlando Stadium on Saturday night.

Molekwa‚ though‚ believes that his charges have got what it takes to bring down the high-flying Buccaneers who have opened this year on blistering note‚ with two 3-1 victories against Baroka FC and Mamelodi Sundowns to be among the league chasers.

“We know that it’s not going to be easy against Pirates‚” said Molekwa.

“We believe that in each and every game we have to tighten things in our defence.

"It's been the difference this season because going forward we score a lot of goals.

"We know Pirates is different from Kaizer Chiefs.

"We will plan well for them.”

Polokwane were far from being outplayed by Chiefs when they lost 2-1 but Molekwa was not happy with their defending which saw them concede yet another two goals after their 3-2 win over log leaders Mamelodi Sundonws.

While Polokwane have managed to bang in 18 goals in 16 league matches this season‚ it has been their leaking of goals that has let them down‚ with 21 goals conceded being the chief reason why they are on the wrong side (11th) of the PSL log table.

Molekwa‚ whose team was drawn against amateurs Ubuntu CPT in the first round of the Nedbank Cup on Monday night‚ emphasized that defending for his team has to start right up front.

He was not happy with his team allowing Chiefs to score their first goal and then equalising from a corner kick.

“You can’t say that was a defensive mistake because we had everyone defending the corner.

"As a team we have to improve our defending against Pirates because they have been scoring a lot of goals of late.”