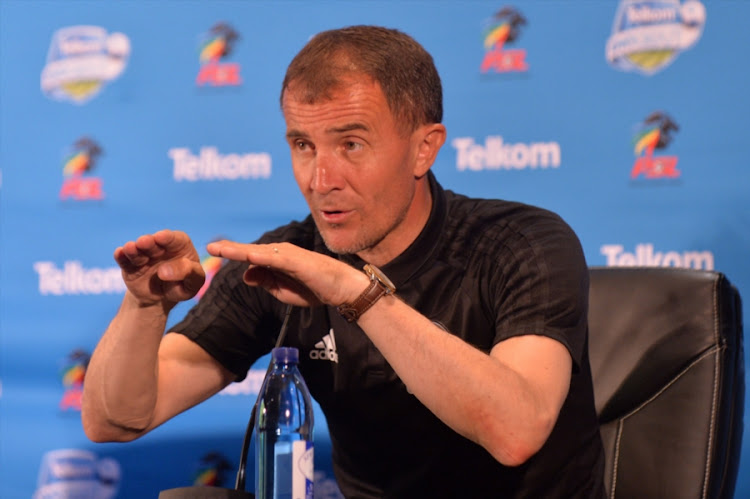 Orlando Pirates coach Micho Sredojevic says returning to African club competition is a must for the Soweto giants as one of the biggest footballing brands on the African continent.

Sredojevic will be hoping to achieve that by finishing in the top two in the Premier Soccer League and winning a place in the 2019 African Champions League‚ which actually starts in December this year and runs through to next May.

But the Nedbank Cup‚ where Pirates have lost in the final to SuperSport United in the last two seasons‚ is another entry‚ as the winning club takes their place in the 2019 African Confederation Cup.

“Whether through the league or the Nedbank Cup‚ we want to play on the continent‚” Sredojevic said.

"You know how I am‚ despite coming from Europe‚ I count myself as an African coach.

“Africa has given everything to me and in terms of serving Orlando Pirates and South African football‚ and the brand that we are carrying‚ it is huge on the continent and we need to be playing there.

“It is our target to play next year in the CAF Champions League or the CAF Confederation Cup in order to keep promoting our brand through the continent.”

Pirates were African champions in 1995 and lost in the 2013 Champions League decider as well.

They also reached the final of the 2015 Confederation Cup‚ but fell short once more and have not competed on the continental stage since.

Sredojevic adds that the feel-good factor from back-to-back wins at the start of 2018‚ including a 3-1 victory over Mamelodi Sundowns last Saturday that was a thrilling advert for South African football‚ has provided additional motivation to both him and his players.

“Before being a coach‚ I am a supporter.

"Over all these years coming to Africa‚ when you enter a family‚ that family flows through your blood‚” he says.

“Since Saturday‚ we have seen an unbelievable injection of motivation through all of us working with the players.

"With the players‚ we know that we have a certain quality‚ but we don’t want to be arrogant and say that we are the best.”

Wales have appointed former Manchester United winger Ryan Giggs as their manager, the Football Association of Wales announced on social media on ...
Sport
4 years ago

Supersport United have agreed to the sale of in-demand striker Jeremy Brockie to Mamelodi Sundowns.
Sport
4 years ago

Cape Town City have moved to secure the future of highly-rated midfielder Thabo Nodada after they handed the youngster a new four-year contract on ...
Sport
4 years ago