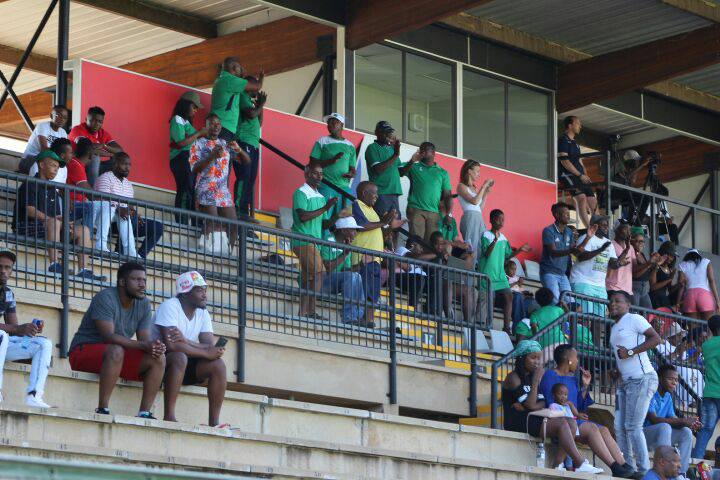 The Spanish coach of National First Division side Super Eagles‚ Antonio Flores‚ says their Nedbank Cup Last 32 clash against Free State Stars will be like a “friendly game”‚ with the teams so familiar with each other there will be few secrets.

The two clubs are both based in Bethlehem and use Goble Park as a home venue‚ making it essentially a home game for Stars as well.

“It’s interesting because we play in the same city and use the same ground. It’s like a friendly game because we know each other very well‚” Flores tells TimesLIVE.

Flores has been in charge at Super Eagles since November‚ having arrived from top Lesotho side Lioli FC.

The team has won three and drawn one of their last five matches‚ a considerable improvement on results before his arrival‚ and he says the players have responded to his methods.

“I am happy with them [the players].

"In all the games so far‚ whether we win‚ we lose or we draw‚ we fight well and we have chances.

"The football is there‚ that is the most important thing.”

He says he is still trying to introduce his Spanish-style philosophy on the team.

“It is not easy when you try to bring another philosophy‚ in my instance from Spain‚ where you try to keep the ball and so on.

"You also have to adapt to the kind of players you have‚ so it is a process.”

As much as a victory over Stars in the Nedbank Cup would be a major boost for his side‚ Flores admits that NFD survival is paramount for the side‚ who were promoted to the second-tier at the end of last season.

“We have to be aware that the National First Division is our target‚ to avoid relegation.

"But this is just one game‚ so we must play to our best.”

Flores adds he has settled well in South Africa‚ having had one special memory of the country from before.

"So for me it is great to be in this country.”