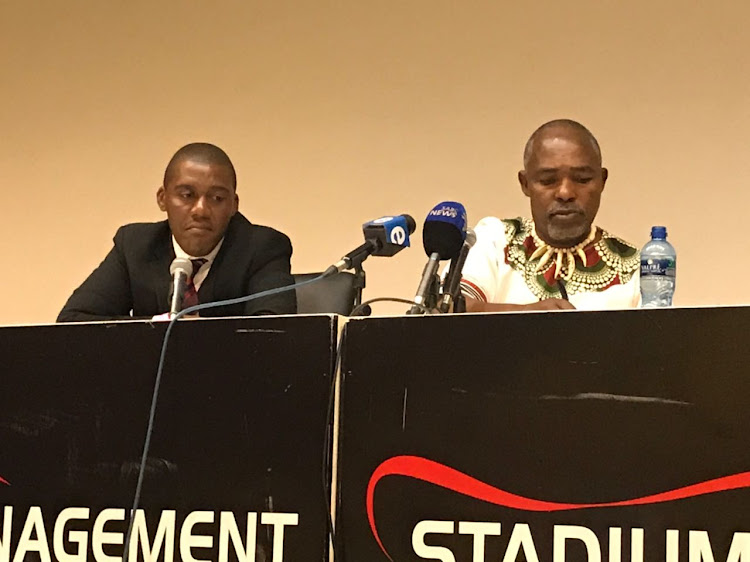 Safa reported a R23.1-million surplus at its ordinary meeting at the Sandton Convention Centre last month after managing to claw its way out of a R45-million deficit in the previous financial year.

But Nonkonyana is seemingly not impressed by the financial turnaround and he suggested there may have been something untoward that led to the recovery.

‘‘Now my financial gurus are on it and we are going to tell you the truth. That is going to come‚ you will see.”

Safa CEO Dennis Mumble told TimesLIVE on Thursday he would not entertain Nonkonyana’s allegations and suggested to members of the public to view the financial statement for themselves if they have any questions.

‘‘Our finances are open for the public to see and we will not respond to non-existent claims‚” the Safa CEO said tersely.

‘‘Our financials are there for the public to see and the public can audit us.”

Safa was in the red in 2016 but the turnaround was achieved after they implemented prudent measures that helped reduce costs substantially during the financial year ended June 30 2017.

Safa chief financial officer Gronie Hluyo said at the time the turnaround was achieved after they managed to cut costs considerably.

‘‘One area where we saved quite a significant amount of cost is on staffing — the salaries‚” he said at the time.

Mumble confirmed that he let go of five people because of poor performance during that financial year and did not replace them.

Accommodation and air travel are Safa’s biggest expenditure each year and the Safa CEO said the five-year partnership with South African Airways contributed significantly to the cost-saving.

Hluyo said they made a significant saving on accommodation and instead of spending millions on hotels‚ they used Fun Valley in the south of Johannesburg.

The facility housed national men’s and women’s teams when they went to camp.

Safa bought the 38-hectare Fun Valley property for about R85-million and it will house the National Technical Centre that will boast world-class football and athletics pitches‚ a hotel and an Olympic-size swimming pool‚ amongother facilities when it is completed.

Safa also benefited from the various funding programmes and grants introduced by football governing body Fifa and the Confederation of African Football.

Fifa has also identified member nations that travel considerable distances to honour international fixtures and given that South Africa is located at the southern tip of Africa‚ Safa were reimbursed — $175,000 per year— for the expenses they incurred.

Chief Mwelo Nonkonyana's bid to become the next South African Football Association (Safa) president appears to have been stopped dead in its tracks ...
Sport
4 years ago