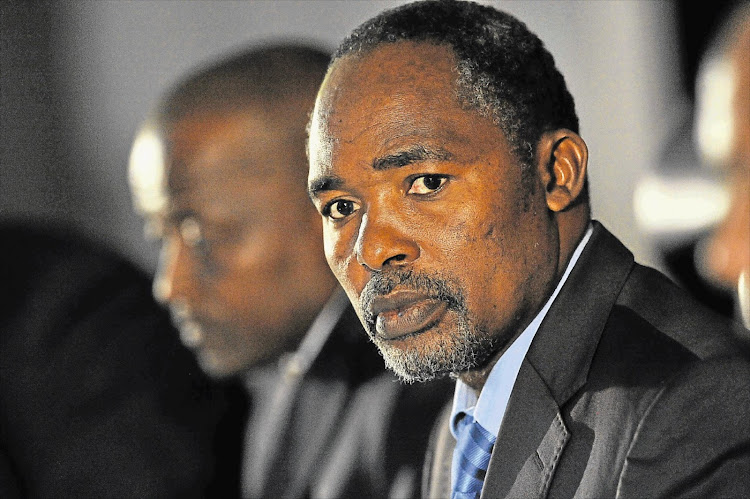 Nonkonyana is aggrieved that Jordaan chaired the meeting that took the decision to expel him from Safa in 2014 and he is spoiling for a fight ahead of the Safa presidential elections on March 24.

The two Eastern Cape administrators will be on opposite corners of the ring as incumbent Jordaan is planning to stand for re-election while Nonkonyana is trying to unseat his erstwhile comrade from a position he has occupied since 2013.

“When he presided over a congress to take a decision that is against Safa statutes and against his comrade and colleague‚ myself‚ for having done nothing in football‚ that really affected our relationship I cannot lie‚” Nonkonyana said.

He was eventually dismissed in October 2014 following a unanimous decision by the football body at the congress held in Sandton.

The icy relationship seemingly goes further than that as Nonkonyana is also not happy that Jordaan did not call him when he was recovering in hospital after he was involved in a car accident in the Eastern Cape in November 2016.

Nonkonyana was admitted into Bedford Orthopaedic in Mthatha with a fractured leg after his driver and nephew lost control of a vehicle they were travelling in near Mbizana at about 2am while returning from the Alfred Nzo district municipality’s annual awards in Mzamba near Mbizana.

“Even when I was involved in a car accident……‚” he said.

“Some leaders in South African football called me‚ even those in Sascoc called me‚ and he (Jordaan) is the only one who did not call me.

“By luck when the ANC was having a function recently (the party’s 106th birthday celebrations in East London)‚ I was seeing him for the first time.

“I just sat and (watched) him.

"He was greeting other people and well I think the conscience came to him and he came over to greet me (too).

"That was the first and the last time.”

Nonkonyana curiously held his press conference to confirm his candidacy as one of the contenders for the Safa presidency in the bowels of FNB Stadium‚ only a few meters away from Safa House.

“I know that when I go to Safa House‚ that Safa House will be nervous. I will consider going there at an appropriate time.”

The nominations close in the middle of next month‚ some 30 days before the elections.