Pirates' Mobara does not want to move to Wits 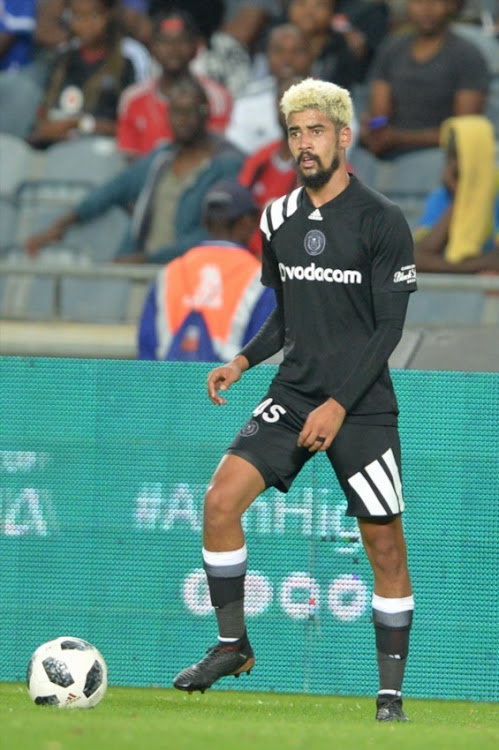 Abbubaker Mobara did not say it in those words‚ but he clearly does not want to move to Bidvest Wits.

Reports have been that there have been negotiations for Mobara to move to Wits in a swap deal for Xola Mlambo.

Mobara has already tasted being shipped out of one team and landing in another without any say in it once‚ when he was sold to Pirates by Ajax Cape Town‚ and found out about the deal while on Bafana Bafana duty at the Cosafa Cup in Windhoek in June 2016.

The classy utility player - who captained Pirates in their last two games is playing some of the most confident football of is career‚ and has his sights set on a league title chase with Bucs - seems very reluctant for a move from fifth-placed Bucs to 14th-placed Wits.

Asked after Pirates' 1-1 Absa Premiership draw against Polokwane City at Orlando Stadium on Saturday night how important it is for Mobara to finish a season at Bucs‚ where he is adamant the team will challenge for the league title‚ this season‚ he replied: "As important as it is for me‚ and for the club as a whole.

"Everybody wants to win the league. And coming from Ajax‚ not winning a league‚ and only winning an MTN8‚ the league is on the bucket list.

"And this is something that I want to win with every feeling and emotion in me."

Mobara has finally settled at Pirates after last season's hiatus for the club where they finished in 11th place and without a trophy.

"Last season was obviously a learning curve for me‚ coming from Cape Town and into a team that didn't do so well‚ didn't make the MTN8‚" he said.

"But it's all behind us. We're learned from it. And we're still learning from it.

"We don't want to repeat it. So for me personally I have to push to play to the best of my ability‚ to push myself in order to learn.

"And also the help from the coaching staff is also amazing. They're always doing the right things to help us.

"And from that I think the players gain a lot of confidence. Because they believe in us‚ and then we have to repay them by playing football and winning games.

"We will end this season strong. I have big belief in the players and the character and attitude that we have this season.

"And that is what we want to chase. The league is tight."