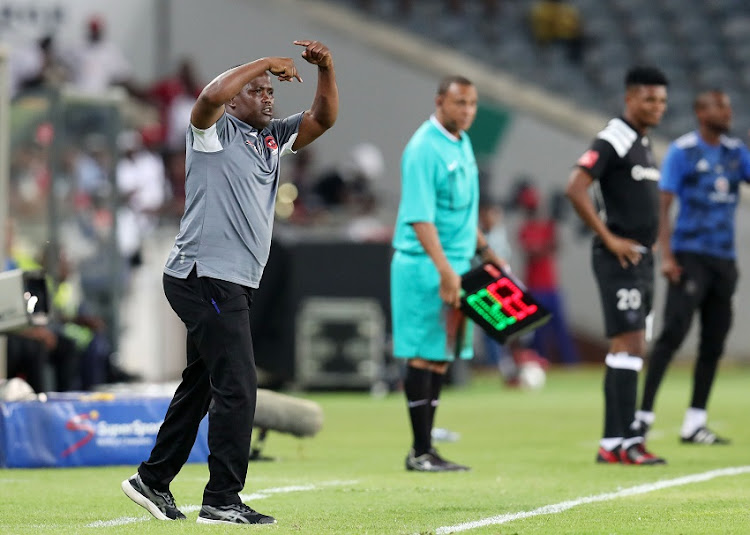 Lyle Foster's 87th-minute equaliser salvaged a draw for Pirates after Dominic Chungwa had put City ahead in the 19th‚ who then shut Bucs out for much of the remainder of the game.

"The reason why I say this is because we stuck to our gameplan‚ and for me it worked‚" Molekwa said afterwards.

"We played good football‚ especially in the first half where we were able to rotate the ball.

"Calm‚ not rushing‚ getting those openings until we got a goal from a corner. And we gave Pirates a problem.

"And in the second half‚ yes they came strong. But it was something I warned the players about.

"That Pirates have a lot of good forward players‚ and are good in the attacking third‚ they were going to play with a lot of movement.

"And we needed to guard against that. We also needed to concentrate for the whole 45 minutes.

"And we did that. Unfortunately we could not hold on until the game finished.

"But I cannot fault the boys that much. I thought they fought very hard.

"We were coming from a loss (2-1 against Kaizer Chiefs)‚ and we wanted to get three points.

"We didn't. But‚ anyway‚ we take a point and build from this going to the SuperSport game."