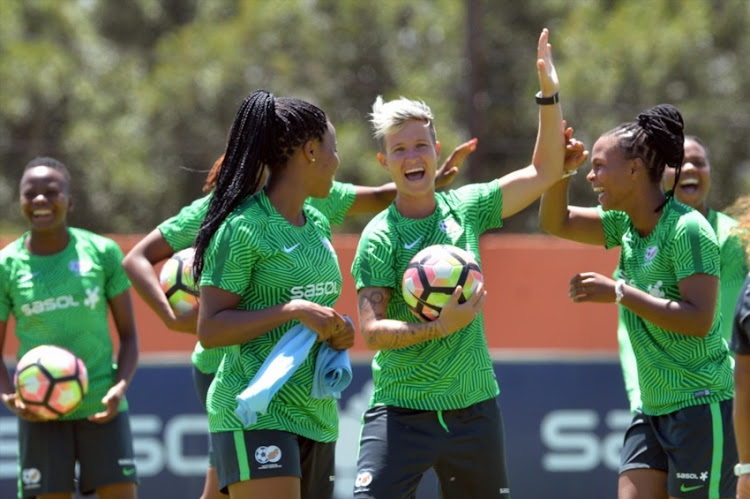 Banyana Banyana captain Janine van Wyk believes that the impressive turnout for their international friendly against Sweden on Sunday‚ as well as the reception the side enjoyed in Cape Town all week‚ is a sign that women’s football is beginning to be “taken seriously” in South Africa.

Around 12‚000 fans turned out at the Cape Town Stadium for the clash‚ considerably more than either of the city’s Premier Soccer League clubs draw for games outside of the ‘Big Three’.

It should be noted that entrance to the match was free‚ but Van Wyk says the whole week in the Mother City has shown her how people are warming to the women’s game.

“It was a phenomenal crowd that came out to support us‚ I think it is the biggest crowd we have ever had for Banyana‚” she said.

“To hear that stadium roar … hopefully we come back here because this is probably one of my favourite games I have played here in South Africa to date.

“The atmosphere was amazing‚ even when we were 3-0 down‚ the crowd still got behind us. We didn’t see anybody walking out the stadium like they usually do with the mens football.

“In the streets people hoot at us‚ people want to greet us‚ they want to take photos and selfies‚ it makes you feel like a professional footballer and you don’t get seen as just another girl wanting to play a male-dominated sport.

“It’s good that it is getting to the stage where people are actually taking women’s football seriously in our country.

Sweden barely raise a sweat as they brush past Banyana

Teenager Loreta Kullashi came off the bench to score twice as Sweden weathered an early South African storm before coasting to a 3-0 victory in an ...
Sport
3 years ago

Banyana lost the game 3-0 to the Swedes‚ who are ranked number 10 in the world‚ but had their moments‚ particularly in the first half‚ and with more precise finishing the scoreline could have been very different.

“It really showed how much character this team has by really playing with heart‚” Van Wyk says.

“There are a couple of players that were inexperienced and new‚ and obviously they had nerves‚ but we all kept playing together.

“It is part of us growing as a team that we will have set-backs like this‚ but I am really happy with the team performance of putting up a good fight and a good show‚ and there were moments that I thought we outplayed Sweden.

“They are a world class team‚ they organise much quicker than we do‚ and we had three good moments in the first half where we could have put the ball in the back of the net.”