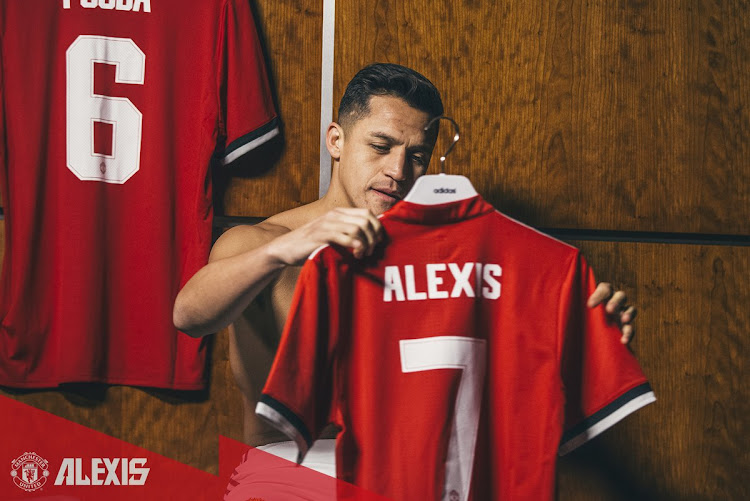 Manchester United have signed Chile forward Alexis Sanchez from Arsenal in a deal that involves midfielder Henrikh Mkhitaryan moving to the London club, the Premier League clubs said on Monday.

The 29-year-old Sanchez, who was out of contract at Arsenal at the end of the season, has joined the Old Trafford club after local rivals Manchester City had pulled out of the running.

British media reported that Sanchez, who will wear the club's iconic No. 7 shirt, had joined United on a 4-1/2-year deal, while Arsenal said that Armenian Mkhitaryan, who turned 29 on Sunday, had signed a long-term contract.

Sanchez said: “I am thrilled to be joining the biggest club in the world. The chance to play in this historic stadium and to work with Jose Mourinho was something I could not turn down.

"I am very proud to be the first Chilean player ever to play for United’s first team and I hope I can show our fans all around the world why the club wanted to bring me here."

Sanchez missed Arsenal's 4-1 win over Crystal Palace on Saturday to have a medical in Manchester on Sunday.

He would have been available on a free transfer when his contract expired in four months' time but once City baulked at the amount of money involved in a mid-season deal, United manager Mourinho urged his club to step in.

"He will bring his ambition, drive and personality, qualities that make a Manchester United player and a player that makes the team stronger and the supporters proud of their club's dimension and prestige."

Sanchez almost joined City at the end of the August transfer window but that deal fell through as Arsenal manager Arsene Wenger was unable to sign a replacement in time.

Missing out on the Champions League this season was a bitter disappointment, however, followed by another blow when Chile failed to qualify for this year's World Cup finals.

A move to either of the Manchester clubs became a preferable option to signing a new contract. Arsenal wanted Mkhitaryan in exchange and he was delighted to join the London club.

“I’m very happy that we could finish this deal and I’m very happy to be here. It’s a dream come true because I’ve always dreamed of playing for Arsenal. Now that I’m here, I’ll do my best for this club to create history,” said Mkhitaryan.

Wenger added: “Henrikh is a very complete player. He creates chances, he defends well, he can absorb distances and he’s very committed as well. I must say he’s a player who has all the attributes.”

Banyana Banyana captain Janine van Wyk believes that the impressive turnout for their international friendly against Sweden on Sunday‚ as well as the ...
Sport
3 years ago

Leonardo Castro introduces himself to the Kaizer Chiefs supporters

Colombia striker Leonardo Castro introduced himself to the Kaizer Chiefs faithful in the best way possible when he beat Baroka goalkeeper Virgil ...
Sport
3 years ago