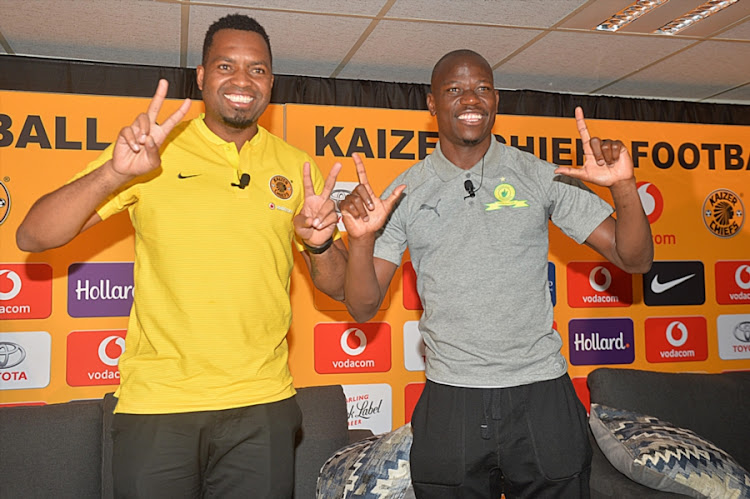 Asked about Chiefs’ opponents in Saturday’s crunch Absa Premiership clash at FNB Stadium‚ who are capable of scoring from all angles‚ Khune said: “It’s not a major concern.

“I think at Chiefs our weapon … I don’t know if I should say this because I’m going to be exposing a lot.

“It’s just something that we believe in – that the first offender must be the first defender.

“So whichever area the player loses the ball in – he must be the first one to press before the opponents pick up their heads and maybe he can pick out the pass.

“That has worked very well.

"I’ll have to prepare myself mentally‚ physically and emotionally‚ and do my calculations right because I don’t want to be caught maybe daydreaming.”

Chiefs shut Downs out impressively in a 2-1 victory to Amakhosi at FNB Stadium in October.

Third-placed Amakhosi have been in the more consistent recent form with four wins and a draw from five matches. Leaders Sundowns have won three and lost two.

A game of numbers erupted between the two men who are likely to play significant but differing roles when Kaizer Chiefs and Mamelodi Sundowns meet in ...
Sport
3 years ago

Will Chiefs v Sundowns be the Castro v Brockie show?

Saturday night’s big Absa Premiership contest between Kaizer Chiefs and Mamelodi Sundowns at FNB Stadium has the potential to turn into the Leonardo ...
Sport
3 years ago

Jeremy Brockie may not start against Kaizer Chiefs this weekend‚ Mamelodi Sundowns coach Pitso Mosimane said as an assurance to Amakhosi goalkeeper ...
Sport
3 years ago

Kaizer Chiefs coach Steve Komphela has been victorious in his last two meetings with Mamelodi Sundowns counterpart and friend Pitso Mosimane‚ but the ...
Sport
3 years ago