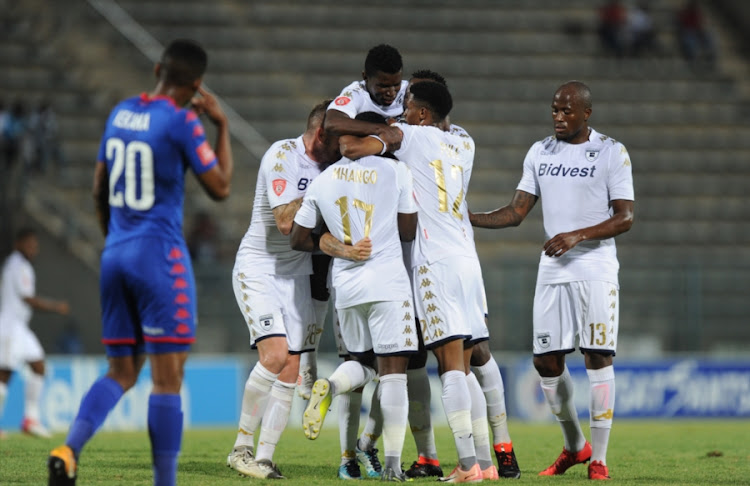 Four second half goals from substitute Gabadihno Mhango, James Keene, Daylon Claason and captain Thulani Hlatswayo condemned United to their fifth defeat in seven matches as the visitors ran out 4-1 winners at the Lucas Moripe Stadium.

United captain Dean Furman put the home side in front midway through the first half through a penalty after his Wits counterpart Hlatswayo hacked down striker Kingston Nkatha in the box.

Wits were first to get out of their blocks and enjoyed the lions’ share of possession despite being a goal down but could not find the right combinations to unlock the SuperSport defence until the second half.

The Clever Boys came back from the break with guns blazing and it took them just two minutes to get back into the match when Mhango breezed past his markers to level the score at 1-1.

Wits took the lead six minutes later with a clinical header from striker Keene to make it 2-1. Claasen’s thunderbolt goal in the 64th and Hlatswayo’s thumping header towards the final whistle ended the match as a contest.

The deflating defeat condemned SuperSport to 13th spot on the Absa Premiership log table with a paltry 21 points from 18 matches, 13 points behind leaders and bitter rivals Mamelodi Sundowns.

Following a horrendous start to the defence of their league title, Wits are starting to pick up a winning momentum and have now won four of their previous matches.

Gavin Hunt’s men are slowly moving from the relegation zone and now a place above SuperSport in 12th spot with 21 points from 19 encounters.

To be fair, it has been a taxing fixture schedule for SuperSport since the turn of the new year in which they have had to play a match after every three days.

SuperSport will play a staggering 8th match in the month of January when they host AmaZulu on Tuesday.

Orlando Pirates’s upped their chances of mounting a serious challenge to the Absa Premiership title when they beat a hapless Platinum Stars through ...
Sport
3 years ago

Ajax held by Stars, Maritzburg throw away a lead in draw against Chippa

Yannick Zakri made his debut for Ajax Cape Town, but there would be no fairytale goal as the Premier Soccer League strugglers were held to a 0-0 draw ...
Sport
3 years ago

Manager Arsene Wenger said on Friday that Arsenal were responsible for striker Alexis Sanchez missing a drug test on the day he completed his move to ...
Sport
3 years ago