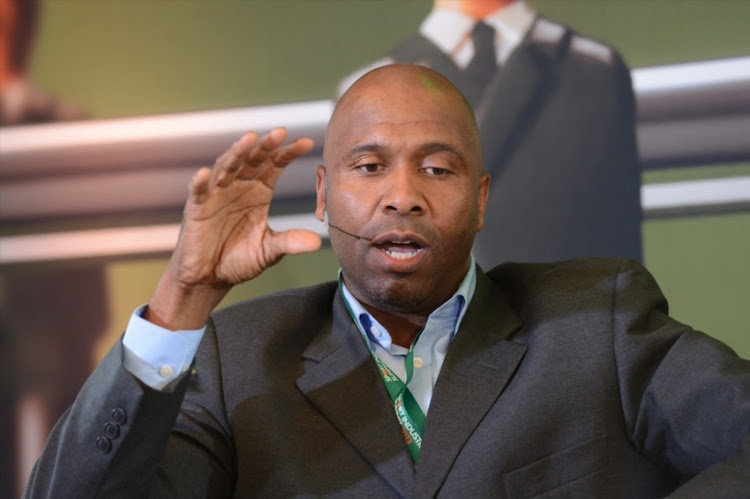 A forum representing the interests of people in football who have "historically been neglected" was launched on Monday‚ confusingly claiming to have no political aspirations but at the same time that it wanted "regime change" at the South Africa Football Association (Safa).

Even more confusing was that the National Football Consultative Forum (NFCF)‚ among seven names they announced as a potential leadership at their launch at a Sandton luxury apartment block on Monday‚ included that of current Safa president Danny Jordaan‚ the man they are ostensibly trying to remove.

On the one hand the NCFC tried to portray themselves as a non-threatening forum aimed at public discussion on football issues on their website‚ www.ncfc.co.za‚ and social media platforms.

On the other they said they would try to lobby and pressurise Safa into changing rules in their constitution that make two prospective presidential candidates‚ former Bafana Bafana captain Lucas Radebe and former assciation vice-president Mwelo Nonkonyana‚ ineligible.

Neither Radebe nor Nonkonyana were present at the launch.

NCFC spokesman Thabo Masombuka said that Radebe had confirmed his approval for the NFCF to represent his interests.

Masombuka said‚ due to Safa having become "like a dictatorship"‚ the NCFC's aim was "regime change".

He said their first prize objective was to have the Safa constitution amended so that Radebe could run.

Prospective candidates Radebe and Nonkonyana have been declared ineligible due to rules concerning aspirants being part of Safa's structures.

Second prize‚ Masombuka said‚ was to have someone else from within Safa structures run.

Failing that‚ the NFCF would be a critical voice even if Jordaan wins the election or stands unopposed.

"We want a new leadership that is going to start to run football in this country openly‚ democratically and transparently and with accountability‚" he said.

"There is no doubt that there is no accountability currently.

"Our preferred candidate would have been Lucas.

"But because they are trying to find reasons to kick him out we'll have to look at what our plan B is."

Two former Safa NEC members who are part of the forum‚ Fanyana Sibanyoni and Xolani Mtumtum‚ said Safa's under its current leadership had become dictatorially run.

That was among a string of alleged failures of Safa that the forum listed‚ including "Bafana Bafana's failure to qualify for Caf and Fifa competitions"‚ "a dropping in the rate of football sponsorships for national teams"‚ "tampering with football administration"‚ and "destructive interference in schools football".

Others included‚ "in-fighting between NEC members"‚ "wasteful expenditure" and "misappropriation of funds from the 2010 World Cup Trust ".

The NSFC‚ Masombuka said‚ was a platform representing the interests of various people in football who have "historically been neglected".

"You go to Banyana Banyana - they are always an afterthought.

"No proper budgeting is done to ensure they are equipped with the necessary support."

The South African Schools Football Association (Sasfa) were represented as part of the forum.

Confusingly‚ from a forum who openly say they want to campaign for Jordaan to be removed as Safa president‚ the NCFC listed the Safa president's name among a list of potential leaders.

Radebe‚ Nonkonyana‚ Tokyo Sexwale‚ Ria Ledwaba and Sasfa president Mandla "Shoes" Mazibuko and former referee Ace Ncobo were the other names the forum said either had confimed their availability‚ or would be approached‚ as leaders.